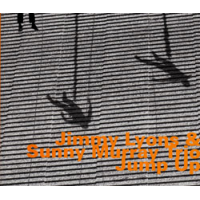 Renowned Cecil Taylor trio alumni, alto saxophonist Jimmy Lyons and drummer Sunny Murray reunited in Switzerland and summoned young bass wunderkind John Lindberg for a tour de force captured live at Jazz Festival Willisau in August, 1980. Reissued and remastered, this release highlights the band's unbridled energy and resounding clarity, abetted by the crystalline audio. It sounds like it's fresh out of the box, featuring Lyons operating in tenth gear with his radical free-bop stylizations, paving the way for future expansionism.

Lyons' untimely passing in 1986 at the age of 55 left a cavernous hole in progressive jazz. yet he broadened the bop vernacular, deriving influences from Charlie Parker and other pivotal jazz denizens. Jump Up reaffirms his vigorous and fluent avant-garde tinged improvisational prowess, where Murray and Lindberg keep pace while often riding atop the pulse.

"Riffs #1" is a prime vehicle, upon which the band can stretch with scorching intensity, operating at a dizzying modality. Here, Lyons builds a quirky theme via punchy and spinning notes. The band exercises fractured and swerving progressions amid a hustling and bustling context, with the rhythm section also seizing the moment, running with one of Lyons' spurious improvisational segments, only to quickly retool and move forward. A few clinical attributes for young improvisers are in order.