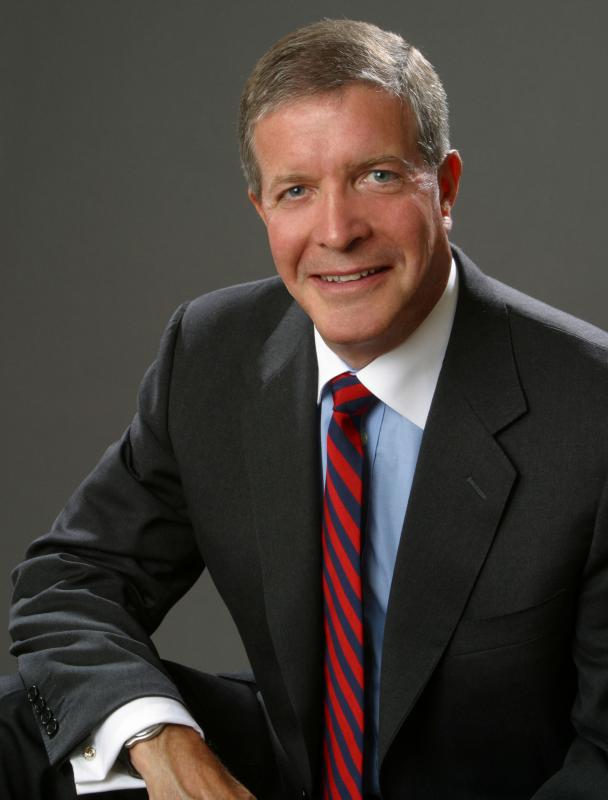 He's been president of the Juilliard School, the most prestigious performing arts institution in America, since 1984. Also an accomplished bassoonist, Dr. Joseph Polisi has performed as both soloist and chamber musician throughout the United States, as well as at The Juilliard School, Alice Tully Hall, Weill Recital Hall at Carnegie Hall, and Avery Fisher Hall.

Dr. Polisi grew up surrounded by the arts: his father was a distinguished bassoonist with the New York Philharmonic; his mother was a ballet dancer with Radio City Music Hall.

He's written many scholarly and educational articles for professional journals, is a frequent speaker on arts and education issues, has produced several sound recordings, primarily focusing on contemporary American music, and has recorded a solo album of twentieth-century bassoon music for Crystal Records. His first book, The Artist as Citizen, was published by Amadeus Press in January 2005, and features a foreword by Wynton Marsalis.

All About Jazz: What would you say is the significance of the 10th anniversary of the Juilliard Jazz Studies program?

Joseph Polisi: It's that we've had jazz in our building for 10 years, and have benefited enormously from having that art form permeate all of the divisions of the school, not only music, but dance and drama as well. It's a celebration of having a great art form in the school and it's unfortunate that we didn't have it earlier.

AAJ: How has jazz permeated the other areas?

JP: On the music side, all of our wind players and pianists have been fascinated and admiring of the improvisational skills and techniques of our jazz artists, and vice versa, I would add. We've had plenty of our jazz piano students study with our classical piano teachers, and also our classical piano students studying with our jazz pianists, and classical trombonists jamming with our jazz trombonists, etc. It's been a really nice interchange at that obvious level, which one would expect or hope for.

But we've also had great interchange with our dancers, who have often partnered with our jazz musicians on special projects. And with our actors also, on some work that we've done in various plays.

I'd also add that, aside from the instrumental or programmatic interaction, the whole concept of Jazz at Juilliard is philosophically very important. It allows all of our students to understand the intricacies, the creativity that's involved in great jazz. And it makes all of our musicians, and dancers and actors for that matter, better performing artists themselves because they see an art form that didn't exist, at least not officially, at Juilliard.

JP: Well, first of all, there was a tradition in that earlier period of time, where young jazz artists studied their instruments in the classical tradition. For example, Miles Davis came to Juilliard to study with Bill Vacchiano, the great trumpet teacher and principal trumpeter of the New York Philharmonic for decades. Vacchiano obviously wasn't going to teach Davis how to play jazz. But he did teach Miles Davis how to better play trumpet. That was the original thrust behind those types of studies. Now it's evolved, not just at Juilliard, but around the country, on the whole element of study: the great traditions, repertoire, arranging, different types of jazz styles, whether it's Afro-Cuban, or whatever. It's a much broader range of studies. That's, I think, how it's changed.

AAJ: Why did you embrace jazz at Juilliard 10 years ago?

JP: Wynton and I had discussions very early on in my tenure, which dates back to 1984, about getting it right at Juilliard. We didn't want jazz to be in some corner, playing just it and nothing else. We wanted it to be totally integrated within the institution. At the time, Wynton was developing his own base, Jazz at Lincoln Center, which did not yet exist. So it became a department of Lincoln Center Inc. itself, and that evolved into its own full-fledged constituent, and the rest is history.

When Jazz at Lincoln Center became its own constituent of Lincoln Center, that was at the same time that Wynton and I had very serious talks about a jazz division at Juilliard. So, the curriculum, the programming ideas, in those early formative years, before we kicked it off in September 2001, dwelled on that. And I'm a baseball fan, so I said, "You know, Wynton, when we start Jazz at Juilliard, we don't want to just hit a home run, we want to win the World Series!" And I think we have, in our own world.

AAJ: Generally speaking, why would you say jazz education is important?

JP: First of all, it's an extremely important genre within the context of music in our world. It's an inherently American genre as well. It has clear societal elements that are linked to the African American community and the tradition of African American music throughout our history as a country. It is complex, it asks of musicians a type of creativity and imagination that is often not asked of a classical player. There's a lot of synergy, as I said earlier, to having a classical player hear what's going on, and addressing the complexity and imagination of what's going on, within that type of work.

If you think it's only about playing certain notes within a key, and modulating to another key, you don't get jazz. I think it's all those things that make it an important part of what we do at Juilliard to prepare young artists for the future.

AAJ: What are the measures of success for students in the program and after they leave?

JP: The first measure of success for us is to see growth. To see artistic growth, to see creative growth—and one can discern that. I'm not just talking about technique; I'm talking about artistry and communication. In particular, our young jazz artists have been really good at being able to get into communities, large and small—and actually around the world—to explain their art form in ways that have been great models for the rest of the school. So that's been evolving. Our touring and exposure around the world has been evolving and growing, and this is all to the good.

Once they leave Juilliard, we hope that they will join the profession and be active members, adding to the richness of what exists already. And now we're seeing that. And I think that March 31st [2011] is, in fact, our first manifestation of looking back, because it's been too young to look back. And now, to see the young alumni coming back is quite encouraging and exciting for us. So I think that's a good measure too.