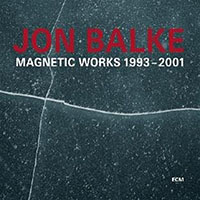 As his flagship Magnetic North Orchestra nears its two-decade anniversary in 2013, Norwegian pianist/composer/bandleader Jon Balke has been performing occasional shows with Magnetic Book, taking a fresh look at the group's repertoire through an expanded edition where its core septet is augmented with an additional six baroque string players. Its 2011 performance, at the Oslo International Jazz Festival, was so compelling in its implementation of unorthodox compositional constructs—doing more than merely blurring the boundary between form and freedom, and instead dissolving it completely—that when All About Jazz was invited to curate a series at the 2012 Kongsberg Jazz Festival, with the expressed goal of providing a representational cross-section of some of the best this Scandinavian country had to offer, Balke's Magnetic Book became an early and immediate "must have."

Magnetic Book's Kongsberg Kirke performance exceeded all expectations, considered by many to be amongst the best (if not the best) shows of the festival's 2012 edition. It also served as an unofficial CD release party for Magnetic Works 1993- 2001, a two-disc collection, selected by Balke and culled from Magnetic North Orchestra's first three releases—seven of eleven tracks each from Further (1994) and Kyanos (2002), both originally released by ECM, and the real carrot of the set, all but one track from the long out-of-print Solarized (EmArcy, 1999) which is finally seeing well-deserved and broader international release for the first time. Given the running time of Magnetic Works—CD1 clocking in at just over 52 minutes and CD2 just shy of 50—it's clear that the decision to omit music was not a practical one, since the relative brevity of each album would, in fact, have allowed all three recordings to be included in their entirety.

Instead, with the music from these three CDs collected together, but in a completely different sequence to the original recordings, it's clear that Balke chose to view Magnetic Works as more than just an anthology, instead a standalone recording which, just as all his recordings have—and just as literally every ECM recording does— possesses its own arc, its own narrative, its own flow.

While making three recordings collected into one set flow with a consistent aural landscape, it might seem that remastering would be required, but there's no indication of it in the liners. If any remastering has been done, it's certainly very subtle; if it hasn't, it speaks to the attention paid to capturing every instrument faithfully the first time around—one of the reasons why so many of ECM's recent Old and New Masters Edition reissue box sets have stuck with the original CD masters. 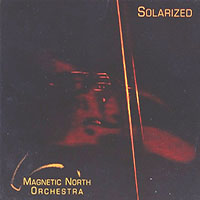 But what of the music? Magnetic North Orchestra was a logical evolution from Balke's first major band project, Oslo 13, which released a number of CDs in Norway before being picked up by ECM in 1992 for Nonsentration. More horn-heavy—with two trumpets (including a relatively young Nils Petter Molvaer, after playing with Balke in bassist Arild Andersen and drummer Jon Christensen's Masqualero), trombone and three saxophonists blended with two drummers two percussionists and Balke, on keyboards—as fine as it was, Oslo 13 also felt somehow limiting to Balke's desire to find alternative nexuses of composition and improvisation. Balke was searching for more unorthodox approaches, where the veneer of detailed arrangement would, ultimately, belie far greater freedom than conventional large ensembles could often afford, where soloists took turns over a predetermined form, for a predetermined number of bars, before the ensemble came roaring back in to either move on to the next section or the next soloist.

Instead, as Balke posits in his liners to Magnetic Works, "What is interesting in performing such a music is that the basic simple formal questions get different answers every time. How long can we hold this note? How long can we repeat this section? How loudly should we play? Every concert hall, each audience gives a different reply every second of a performance, and precisely for this reason it became necessary to keep all compositional parts flexible and organized in a cue system. As the waves of music ebbed and flowed, I used a system of cues to insert the new elements of progression at what felt like the right time."

As complex (but completely sensible) as Balke's premise sounds, it turns out to be surprisingly approachable in practice. Elements of contemporary classicism find their way into the music, in particular on some of the tracks from Kyanos, the most ethereal and least densely textured of the three recordings collected in Magnetic Works—and, perhaps, not surprisingly so, given it also features the smallest of the three ensembles heard, with a mere septet in contrast to Further's eleven members and Solarization's ten. Still, the sheer beauty of Balke's music is undeniable, as is the particular resonance and chemistry shared by some of MNO's longest- standing members, including trumpeter Per Jorgensen and drummer Audun Kleive (both, Oslo 13 alum), bassist Anders Jormin and saxophonist/flautist Morten Halle, who also appear on Magnetic Works in its entirety.

Jørgensen, in particular, proves himself charismatic and particularly distinctive across the three recordings collected, where he is first teamed with trumpeter Jens Petter Antonsen for Further, and then Arve Henriksen for Solarization and Kyanos. Beyond Henriksen's then-nascent experiments with embouchure, where he morphed his horn into a not-so-distant-cousin to the Japanese shakuhachi, there's a different kind of primal energy coming from Jørgensen, one that has evolved even further in the ensuing years as his vocal style—relatively tame here, by comparison—has turned into something that comes deep from the soul, with a visceral passion belied by the trumpeter's gentle demeanor.

Listening to this music in its original sequence and then in Balke's revised order only goes to prove the power—and challenge—inherent in determining the arrangement of songs on a disc. Moving, for example, from "Departure," the 50-second, horn-driven fanfare that begins both Further and Magnetic Works, to the gentle tone poem of "Step One," and then onto the more rhythmic "Horizontal Song"—where the theme of "Departure" is reiterated before moving onto the more open-ended "Flying Thing" (a feature for the core rhythm section of Balke, Jormin, Kleive and percussionist Marilyn Mazur—is not just an overall different experience to hearing Magnetic Works' "Departure" segue into the idiosyncratic but ultimately lyrical "Changing Song," and then "Flying Thing," this time before returning to the opening fanfare from "Horizontal Song," it makes clear, in no uncertain terms, that how music is heard is absolutely predicated on what comes before...and what comes after.

Balke writes sophisticated music of myriad layers, yet it breathes and somehow manages to remain accessible, despite oftentimes complex rhythmic/polyrhythmic underpinnings, a wealth of contrapuntal interaction amongst the two trumpets, Halle's alto saxophone or flute, Balke's blend of acoustic piano and keyboards (which add further orchestral depth) and the participation of, in addition to Jormin, three string players on Further and Norway's Cikada String Quartet on Solarized. Only the music from Kyanos is, if not exactly more direct, then at least slightly less layered, with only Jormin and newcomer cellists Svante Henryson combining harmonically with Jørgensen, Henriksen, Halle and Balke.

Why Magnetic North Orchestra's most recent recording, Diverted Travels (ECM, 2005), is not included in the collection is because it represents a fundamental shift away from the conventional rhythm section approach of MNO's first three discs, and towards a more ethnic approach with Helge Norbakken and Ingar Zach, a directional shift that Balke has continued to explore on non-MNO releases including his two Batagraf recordings, 2006's Statements and 2012's Say and Play, and his particularly ambitious (and unfairly overlooked) Siwan (2008), all also on ECM.

If Magnetic Book's preponderance of strings—largely cued by MNO regular, violinist Bjarte Eike—and the relatively recent recruitment of double bassist Bjørn Kjellemyr (an alum, with Kleive, of guitarist Terje Rypdal's 1980s group, The Chasers) and clarinetist Håvard Lund (also a member of saxophonist Trygve Seim's similarly forward-looking ensemble) to play alongside Balke, Norbakken and Jørgensen means a significant alteration to the complexion of Magentic North Orchestra/Book, it only means that future recordings, will be as worth scoping out as those that have come before. In the meantime, with seven years since MNO's last studio record, Magnetic Works 1993- 2001 is a superb reminder why Balke has grown into one of the country's most influential composers, bandleaders and performers. With the success of his Magnetic Book shows, a studio recording—or, even better, a live set—from this ambitious ensemble that explores, pushes aside, breaks down or reshapes the junctures where structure and spontaneity meet will most certainly be something to look forward to.