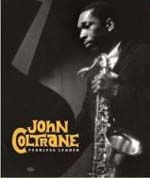 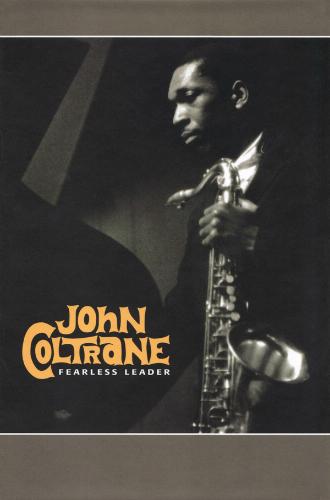 By the time saxophonist John Coltrane headed into the studio in May of 1957—for the first of nine sessions as a leader that would result in eleven albums released on Prestige between 1957 and 1965— his reputation was already well-established.

Coltrane was now a member of trumpeter Miles Davis' first quintet with pianist Red Garland, bassist Paul Chambers and drummer Philly Joe Jones, having recorded three mammoth Davis sessions documented on the recently released The Legendary Prestige Quintet Sessions (Fantasy, 2006). The quintet had also made a significant name for itself, having signed with Columbia Records, with the release of the remarkable 1957 album, 'Round About Midnight.

Coltrane's ascension to musical immortality was, considering where he began and where he ended up, so rapid as to have been unpredictable. It was almost exponential in fact, so his first recordings as a leader, between May 1957 and December 1958, don't present the same degree of leaps-and-bounds evolution that would commence with the formation of his 1960s quartet featuring pianist McCoy Tyner and drummer Elvin Jones.

But working through Fearless Leader, a new six-CD box that collects all of these sessions (originally available on the 1991, sixteen-CD The Prestige Recordings box), one can still detect the evolution taking place over the nineteen-month period, just at a slower pace.

Unfortunately, some of the albums were released long after Coltrane had deserted more conventional jazz form and moved towards the extended free improvisations that would occupy the latter part of his life. It must have been difficult to assess albums like 1964's Black Pearls and 1965's Bahia with the required objectivity. That said there were no doubt some fans of the earlier Coltrane who, distressed by his increasingly aggressive and outré direction, found these essentially archival releases to be a welcome salve against the wounds inflicted by his ongoing sonic assaults.

Listening to the 1957 sessions from which early albums including 1957's Coltrane and 1958's Soultrane were culled, it's clear that, while Coltrane was a confident and exploratory player, he was still operating more around the concept of changes. He didn't desert that entirely on the later 1958 sessions, but the genesis of his sheets-of-sound approach can easily be detected on songs like "Sweet Sapphire Blues" from Black Pearls, which at over eighteen minutes also points to Coltrane's disposition towards lengthier soloing.

Still, the material on Fearless Leader is, on the easy listening scale, a solid ten. It wasn't until he began recording albums for Atlantic, including the 1961 classic My Favorite Things, that Coltrane began to really open up. Another session from that time, with trumpeter Don Cherry, bassist Charlie Haden and drummer Ed Blackwell, pointed to an even freer direction but, since it wasn't released until 1966 as The Avant-Garde, it was difficult to know it at the time.

Examining Coltrane's entire output as a leader, the fact that Prestige, Atlantic and Impulse! were all releasing albums throughout the 1960s culled, in many cases, from sessions recorded as far back as seven years, must have made figuring out his career from a distance an almost impossible task. It's only now, with box sets including Fearless Leader, The Heavyweight Champion (Atlantic, 1995) and The Classic Quartet - The Complete Impulse! Studio Recordings (Impulse!, 1998) that it's possible to view his work in discrete timeframes, appreciate where he was at any particular time—and see where he was heading.

Looking back at Coltrane's Prestige sessions, perhaps most notable is the consistency of the lineup. With the exception of three tracks on Coltrane, Red Garland is the pianist throughout. Similarly, with the exception of four tracks, Paul Chambers holds down the bass chair. This is no surprise given Garland and Chambers were Coltrane's constant companions in Davis' quintet, but that he chose to record so many sessions with them is clearly indicative of a shared rapport.

The drum seat was traded a little more often, but the fact remains that Arthur Taylor is on the kit for more than half the sessions, creating a coherence that, when looking at Coltrane's entire output for the label as documented on the original sixteen-CD collection, is not so immediately obvious.

With a rhythm section so firmly entrenched in the mainstream it's no real surprise that Coltrane's music at this time was equally tethered. Even on the Atlantic sessions that were to follow, and despite the more "in the tradition" players who participated on the Giant Steps recording, it wasn't until October 1960, when he linked up with pianist McCoy Tyner and drummer Elvin Jones, that he was really able to go where his muse was driving him. (It's also worth noting that, while he wouldn't begin working with him for nearly two years, Coltrane was certainly aware of Tyner, recording his tune "The Believer" at the beginning of 1958 for the 1964 album of the same name).

Coltrane had yet to emerge as a composer of note, contributing only nine of the forty-eight tracks represented here, and none of them with the staying power of later compositions like "Naima," "Giant Steps" and "Central Park West." "Trane's Slo Blues" and "Slowtrane"—both from an August, 1957 trio session featuring bassist Earl May and drummer Arthur Taylor—were, in fact, the same tune taken at different tempos.

The medium tempo swinger "Black Pearls" and more energetic "Goldsboro Express" are more memorable, but still work within the tradition around Coltrane at the time, as opposed to challenging it and moving it forward. And while he was moving towards solos that would appear considerably denser on the written page when transcribed, he remained a sparer player to the end on ballads like "Time After Time" and "Something I Dreamed Last Night," both from the final session in December, 1958.

The box is beautifully packaged, with original album liner notes supplemented by session notes from Coltrane historian Lewis Porter, and essays by Richard S. Ginell and box set producers Patrick Milligan and Cheryl Pawelski. Like the Miles Davis set, Fantasy is getting much better at digipak-designed boxes that are less likely to break over time, forcing owners to move the discs to individual jewel cases.

Fearless Leader is the first of three Coltrane boxes that Fantasy is reissuing with material previously available on the earlier sixteen-CD box. The other two will focus on his all-star sessions and general sessions respectively. The improved sound may not be enough to motivate owners of the original Prestige box to invest in these new sets, but breaking Coltrane's prodigious output for the label into three logical subsets provides the opportunity to be more selective.

Certainly, segregating Coltrane's sessions as a leader and placing them in chronological order presents a clearer picture of an artist who, while not advancing by the giant steps he would in another couple of years, was already demonstrating at least some of the building blocks that would become increasingly evident in years to come.

Tracks: Straight Street; While My Lady Sleeps; Chronic Blues; Bakai; Violets For Your Furs; Time Was; I Hear A Rhapsody; Trane's Slo Blues; Slowtrane; Like Someone In Love; I Love You.

Tracks: Come Rain Or Come Shine; Lover; Russian Lullaby; Theme For Ernie; You Say You Care; Good Bait; I Want To Talk About You; Rise 'N' Shine; I See Your Face Before Me.

Tracks: If There Is Someone Lovelier Than You; Little Melonae; By The Numbers; Black Pearls; Lover Come Back To Me; Sweet Sapphire Blues.

Tracks: Spring Is Here; Invitation; I'm A Dreamer, Aren't We All?; Love Thy Neighbor; Don't Take Your Love From Me; Stardust; My Ideal; I'll Get By.

Tracks: Do I Love You Because You're Beautiful?; Then I'll Be Tired Of You; Something I Dreamed Last Night; Bahia; Goldsboro Express; Time After Time.