By REX BUTTERS
December 3, 2003
Sign in to view read count 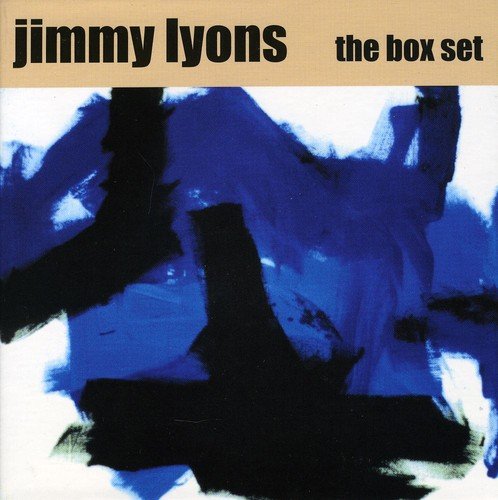 Add Jimmy Lyons' name to the list of under-appreciated jazz musicians. Despite several solo albums and side projects, his destiny irrevocably links him to Cecil Taylor. No other musician has a longer association with the revolutionary pianist, and no other musician seemed so intent on keeping Taylor honest jazzwise. While as fearless and inventive as anyone playing free jazz, the alto saxophonist always kept something of Charlie Parker in his playing no matter how far outside he went. That effervescent phrasing, the streaming ideas, and phrase-ending lilt made him indispensable to Taylor's Units. He was usually the most overtly playful voice in any ensemble. Where he went and how he got there remained a surprise, but the white-knuckle ride always justified the trip.

Ayler Records brings Lyons out from behind Taylor's imposing shadow with a lovingly produced 5-CD live set, each disc featuring a concert from a different year, beginning in '72 and ending in '85, a year before his untimely death. While the tapes were recorded casually without thought of commercial release, the performances themselves override any quibbling over sound quality. While Taylor himself is absent, Lyons surrounds himself with various Unit alumni, including William Parker, Karen Borca, and Raphe Malik.

The Jimmy Lyons Quartet recorded at Sam Rivers' Rivbea loft space in '72 gets things started with Lyons, trumpeter Raphe Malik, drummer Sydney Smart, and bassist Hayes Burnett. On 'Jump Up,' Burnett sets a steady bass with Smart busily beating along. Lyons and Malik play a little tag, then Lyons plays it cool before slipping the leash and taking off. Malik takes his time over the tumultuous rhythm section, but after some nudging from Jimmy he flies into smears and runs.

Returning to Rivers' loft in '75, Lyons and Burnett join Henry Letcher for some trio variations. On 'Heritage II,' Letcher stays fairly steady while Burnett and Lyons go exploring. Lyons sings in short burst phrases, launching cluster upon cluster. After extensive variations, the saxophonist moves into extended territory before coming back for many measures of sweetly voiced inventions.

Jimmy goes solo from a performance in '81, playing mid-range and dropping to hit root notes with ease. From '84, Karen Borca joins him on bassoon and Paul Murphy drums for 'We Sneezawee.' Lyons sails through the piece with Murphy right there with him. Borca adds some accents, but during her solo she shows herself capable of replying in kind.

The concert from '85 recovers the quartet format, again with Borca and Murphy, this time with William Parker on bass. 'Shakin' Back' has Parker taking on the daunting task of creating at Jimmy's pace. Lyons eases up a bit a lets Parker lead. Borca gives no slack and takes her solo at breakneck speed.

Included in the package are rare photos and the most exhaustive biography of Lyons available. Priding itself on the quality of its unissued live performances, Ayler has added a valuable entry to the Jimmy Lyons discography.