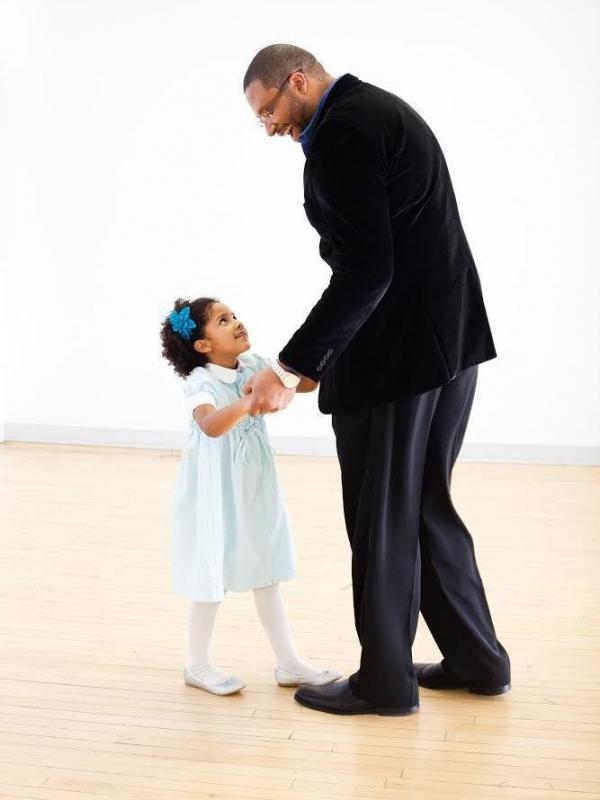 Inspired by his daughter, Ana, Beautiful Life is emotionally fulfilling towards remembrance of all things for the love of Ana.

The children's choir made up of Ana's and her brother, Isaiah's friends from when the family lived in Canada, exemplifies the spirit of joy in which Ana lived. Isaiah, Nelba, her mother, and Jimmy hold a candlelight in their hearts for Ana and the children killed in the Sandy Hook Elementary school shooting.

Two years after Ana was killed in the school shooting at Sandy Hook Elementary School, Jimmy Greene, Jazz Saxophonist released Beautiful Life (Mack Avenue Records, 2014), his first album since the tragedy, and has already earned a double Grammy nominee for an album that pays her honor.

If ever there is a replacement for words, the soprano saxophone expresses what the voice of Ana may sound as if she were alive today. Greene described on CBS This Morning with Gayle King that the process of making the music was fraught with tears and a lot of pain, but it was a necessary expression, just as if talking is a necessary communication. Nelba explained how she would find her husband locked in Ana's room, practicing, and creating the music often in tears. In listening to this impeccable rendering of eloquent compositions, the textures and phrasing of the saxophones serenades and calms the soul.

Nelba, Greene's wife interprets post trauma as having three normal responses. "Fight, flight, or freeze," states Nelba. She articulates, "What Jimmy did was to show people that there is another way to respond, and that is create. Indeed, this recording embodies pure music while elevating the bar for jazz in 2016.

One touching viewpoint from Greene to recognize Ana at the age of six and a half, the turn in her life that the candles blew out. Reflecting on his wife's theory, he created "Seventh Candle" to represent the candle that would never be on Ana's next birthday cake. Written in chorus with her seventh birthday in 2013, Greene captured the voice of Ana by playing it exclusively on the soprano saxophone because that was the closest range to his daughter's voice.

This wonderful collection of memories includes a recording of Ana with her brother, Isaiah that is mesmerizing. Greene also incorporates a children's choir with Ana's friends, in which he remembers as "powerful," yet so painful to witness, as it was the first time seeing them since Ana's death. He writes in a letter to himself, "It was painful, absolutely. But the music that poured out of them was just really, really special."

Nelba Greene told Gayle King on CBS This Morning that her husband went into her first theory mode by going to Washington, D.C. to lobby towards efforts for gun control following Ana's death. She loves her husband as a "creator;" however, she emphasizes that Jimmy Greene is a fighter.

Jimmy and Nelba connected at ages 15 and began dating at 17. After attending two proms together, they married at age 25. Nelba is grateful for their faith and community of people around them as a support system for their family and marriage. "I think it was hard because one of the things that people talk less about is how unkind grief is on a marriage. She goes on to say that they were able to bring out strengths together that will leave a legacy, hopefully, for many generations to come." Nelba wants their son to use this heartfelt event as an example of how one would respond to tragedy. Isaiah, a beautiful kid who still deserves a good life, refuses to relocate having lived in Sandy Hook only four months when Ana was killed, indicating in spite of, it is a good place to live. Isaiah only wishes for Ana.

"She was a little girl that felt a lot of love, so it was not uncommon to come home to a note from Ana," Nelba said. "As a matter of fact, one of the most memorable things, and one of the things that allowed us, I think, to live this far is the day that she said to us upon having a hard day, 'Don't let them suck your fun circuits dry, Mom.' Therefore, we remember the notes of love, the words of encouragement. And she did have a very special way about her."

If this CD were a portrait, it would be on display in the most beautiful array of fine art. The song "Ana's Way" from Greene's album captures exactly that. The lyric, which Greene wrote himself, goes: "She danced and sang and laughed and lived a life full of joyful memories. Ana had a way about her."

Jazz saxophonist Jimmy Greene was nominated for Best Arrangement, Instruments and Vocals for "When I Come Home" with Javier Colon and Best Jazz Instrumental Album for 2014's Beautiful Life. Beautiful Life peaked at No. 5 on Billboard's Jazz Albums chart.