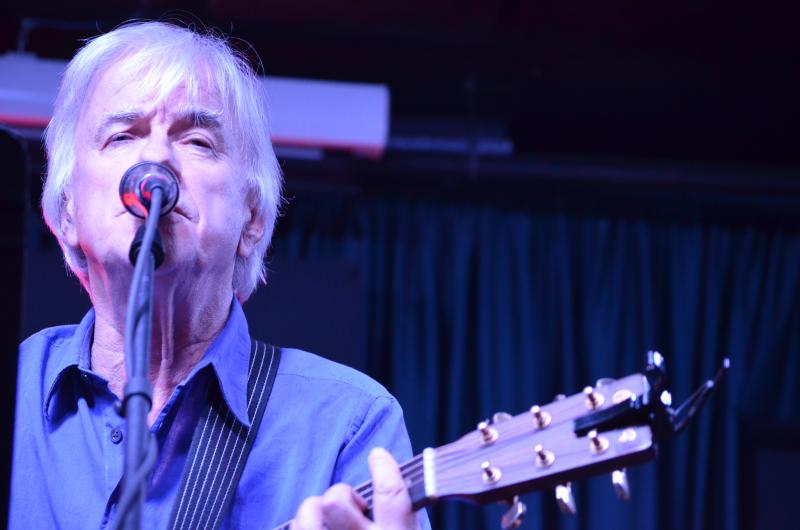 BY MIKE PERCIACCANTE
May 26, 2012
Sign in to view read count
Jim McCarty and John Hawken with special guest Jann Klose
Iridium
New York, NY
May 2, 2012
Former Yardbirds drummer McCarty and his cohort from Renaissance, keyboardist John Hawken—along with special guest, German singer/songwriter Jann Klose—delivered a spirited first set performance at New York City's Iridium jazz club on a cool spring evening.
The festivities began with a stunning acoustic set by the Grammy-nominated Klose. Very capably accompanying himself on guitar, Klose's short set included "Doing Time," "Question of The Heart" and "Hold Me Down." Combining erudite, clever lyrics with tasty and economical guitar licks, Klose had the audience clamoring for more.
Introducing his final song, "Still," by stating that it was "written while touring England a few years ago," when the last notes faded into the ether, the crowd erupted and gave him a rousing standing ovation.

Following a very brief intermission, Rock 'N' Roll Hall of Famer McCarty sat down front-and-center and strapped on his acoustic guitar. McCarty was accompanied by Hawken on piano, and the band was comprised of bassist Steve Lucas, flautist/backing vocalist Ron Korb, drummer Larry Crowe and guitarist Jesse Gress. Those seated closer to the stage were treated to a little inside joke and a quick chuckle when Gress picked up his guitar, looked at it and dryly deadpanned, "Come to Butthead."

After some initial technical difficulties during his opening number, McCarty asked if he could borrow Klose's guitar. When he was finally plugged in, McCarty thanked the singer/songwriter and explained to the audience that Klose would be joining the band "for some songs later in the set."

McCarty then announced that he'd be performing some old songs, some new songs and some "solo stuff that I've written through the years." He then began to play "The Outsider," which he noted was about living in France. Some audience members could be seen singing along to the chorus:

"Beautiful times in the land of wine

Beautiful rhymes coming to my mind."

At the point in the set when the band prepared to play some of Renaissance's material, McCarty opined that "when Renaissance got back together there already was a new band with that name, so we called ourselves Illusion. This one's from the second album. It's called 'Isadora.'" McCarty and the band then performed a wonderful version of the song. Segueing gracefully into his solo catalog, McCarty provided those in attendance at the club's small and intimate setting with the promised career-spanning show. 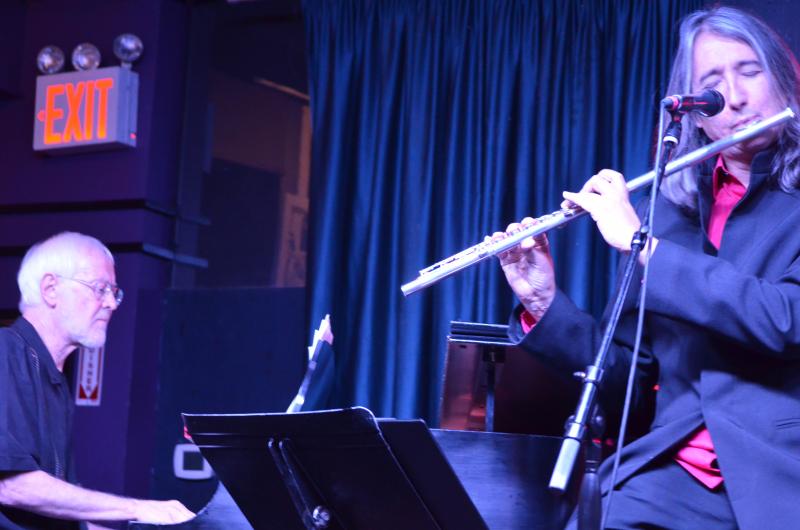 "Living from the Inside Out" was one of his newer songs; met with polite applause initially, but as the song unfolded becoming apparent that it was every bit as strong as McCarty's older, better-known material. McCarty then told a story about Eloise Page, saying, "She was from Florida. She was a mystic and a very beautiful person. This song is called 'Eloise.'" Featuring a nice solo from Hawken, the song was both hypnotizing and haunting. The first part of McCarty's first set came to a close with "One More Turn at the Wheel," from Renaissance/Illusion's Through The Fire (Spiral Music Productions, 2001).

Stepping out from behind his guitar, McCarty made the announcement many in the crowd were privately and patiently hoping for. "Jann will come up now and we'll sing a couple of songs you might know. I'm back on the kit." With that Crowe emerged from behind the drums and moved onto the bongos. Klose moved to center stage as the familiar notes of The Yardbirds' classic "Heart Full Of Soul" filled the room. Klose then delivered a spirited, spot-on vocal performance and another on an equally exhilarating version of "For Your Love."

The set then came to an end and as the band took its bows, McCarty came forth and simply stated, "Thanks. We'll be back in 43 minutes." With that, the early show was over.