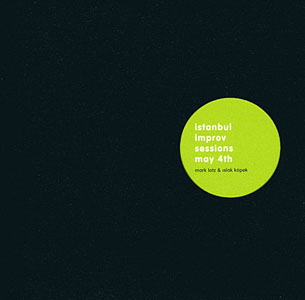 Flautist Mark Alban Lotz played two concerts of improvised music with different bands of musicians in Istanbul in May 2010. Istanbul Improve Sessions, May 5th (LopLop Records, 2011) was the first to be released. The performance from the previous day, with Islak Köpek, now makes its appearance and finds Lotz playing in real time duo, trio and larger group settings. The music has been released as it was played except for some trims at the beginning and end of each, leaving the essential intact.

Four of the tracks are group explorations and these understandably have more depth and expanse than the others. Lotz is often the reference point before the others come in to add a tangible body. His airy motifs on "Mouths" aremet by Korhan Erel's electronic manipulations before a vent that is closed, stapling the drone of saxophonists Robert Reigle and Volkan Terzioglu to guitarist Sevket Akinci, who moves from rough-edged chords to chiming harmonics. "Us" moves across varied terrain, the sweet tones of the flute dovetailing into dissonance, met with the saxophones' open intonation. The sextet keeps the vitality pumping as it builds dense textures through a sustained thrust of momentum.

The "Scared" and the "Sacred" come up on the two collaborations with the saxophonists. Terzioğlu is trenchant, layering whorls of sound into and across the probing Lotz on "Scared." Reigle, in contrast, is more circumspect in approach and lighter in tone and complements Lotz. In tandem they create parallel spectrums that enhance the dynamics and come to the fore when they get together on "Stop." Lotz helms the pastel shades of the head, setting the mood for the saxophone ensemble lines. They work in accord and actually invest a melody which is a welcome touch.

Lotz and Islak Köpek match up well to forge skillful manipulations of sound.