By DOUG COLLETTE
February 29, 2008
Sign in to view read count 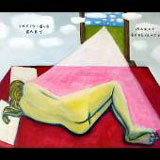 Marco Benevento's often intoxicating Invisible Baby has wide appeal for fans of the keyboardist/composer's work with Joe Russo in The Duo as well as those unfamiliar with his previous solo work. It may even beckon the hard-core jazz fan who's open to suggestion without preconception.

Based on his Live at Tonic triple set last year, it might be fair to assume Benevento would delve deeply either into a traditional jazz trio format or something on the more arcane and abstract end of the spectrum. Instead, the young keyboardist/composer may have consciously conceived Invisible Baby as a retrenchment and it all too often sounds tentative.

"Bus Ride"— and, to an even greater extent, "Record Book,"— marry electronic sounds with rhythm tracks in turn mesmerizing and monotonous. Acoustic piano rises to the surface of the latter, but otherwise both tracks ultimately and unfortunately sound all too much like demos for The Duo; only those sustained interludes on the ivories, like that which dominates "Are You the Favorite Person of Anybody?" interrupt that first impression of this album. Fortunately, such segments dominate as the cd progresses.

Nevertheless, there's scant sense of passionate improvising on Invisible Baby. Bassist Reed Mathis does play brilliantly during the riffing of "The Real Morning Party,"— but the melody of "If You Keep Asking Me"— begs for embellishment rather than mere repetition of the changes. In addition, that composition is so similar in structure to "Record Book,"— it only furthers the notion there's not really a whole album's worth of original material here: the album clocks in at seconds shy of 42 minutes, brief by compact disc standards.

The urge to work with a range of musicians is inevitable for any player/composer anxious to grow; Marco Benevento is no exception. But perhaps he should move outside the comfort zone of a close circle of friends here including Mathis of The Jacob Fred Jazz Odyssey and drummer Andrew Barr from The Slip. "Atari"— is the most memorable track on the disc for the way the piano bounces in time with the primary percussionist-here Matt Chamberlain-within sonic treatments that give this cut its quirky personality. Engineers Bryce Goggin and Mell Detmar do yeoman's work from a creative technical aspect in capturing the texture of such aural oddities.

If Marco Benevento and co. (whoever they may be) can transform these tunes in a live setting, he will dramatically further his artistic reinvention and, in turn, make Invisible Baby a viable means to that end.

Bus Ride; Record Book; Atari; The Real Morning Party; You Must Be A Lion; If You Keep On Asking Me; Ruby; Are You The Favorite Person Of Anybody?