Jodymoon: Never Gonna Find It In Another Story

By Gina Vodegel
February 29, 2008
Sign in to view read count 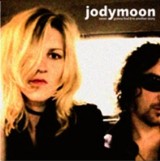 During the 1990s they both worked in their respective fields of the wide jazz spectrum, recording albums with esteemed jazz musicians (Egbert Derix, Glenn Corneille, Jo Didderen, Geertje Roelofs, Ron van Stratum, Wilbert Kivits, Fabian Bausch and Michel Bisceglia) as well as enjoying the energy and ambiance of live performances.

2001 was a special year for Janssen; not only did she win some of the most prestigious Dutch jazz awards out there (one for her composition Change Is Gonna Come, download available with kind permission of Digna Janssen), she also got to know Smeets—whom she knew from the local and regional music scene—a lot better when he started taking singing lessons from her at the music school where she worked as a teacher. They fell in love, changed their musical course and founded the rock-oriented band Rosenfeld with some of their friends.

After 5 successful years they decided to go 'back to basics' and continue as a duo. Their debut album Look At Me Look At Me Don't Look At Me (2006) was well received and the follow-up, Never Gonna Find It In Another Story (2008) may even surpass the quality of the duo's debut as the alternative pop-scented Jodymoon. Their sound is mature, powerful, balanced and sincere. Twelve original compositions offer the imagery of emotion, lucid observation and contemplation, without false sentiments.

The album starts with "I'm Here," the song's dramatic appearance prepares the listener for what's yet to come. "Sleepless Laura" overwhelms from the very beginning and takes reign, showing equal space for the duo's individual qualities as a singer and guitarist, as well as what brings and connects them together. It's the unmistaken chemistry of Jodymoon, abundant and rich in simplicity and regularity, but also recognizable and unpredictable at the same time. "The Maiden In The Tower" flirts with the extravaganza known from theatrical arts in creative and cinematic arrangements, like this whole album is a surprise because of its huge impact using simple means. Not much ado, but intuitively perfect sounds of a shaker, the tambourine, the Wurlitzer, the Mellotron or an old harmonium at the right time.

"Feed Me Love" pays subtle homage to Janssen's past as a jazz vocalist (as do "Sleepless Laura," "You're Not Here" and "I Will Get Back" which have some of that jazzy phrasing) and Smeets proves to be a multi- instrumentalist by nature, with clever nods to some of his musical heroes like Jimi Hendrix and David Gilmour. Film director Pedro Almodovar personally gave permission to use an audio excerpt from his movie "Volver" for the song "Your Return," which perhaps indicates that the creative forces and musical vision of Jodymoon are right on track.

I'm Here; Sleepless Laura; The Maiden In The Tower (inspired by fairytale 'Rapunzel'); Playing Around; Feels Like A Mistake; Feed Me Love; Your Return (inspired by the movie 'Volver'); No Time; Let's Wait; A Song For Two; I Will Get Back; For Those Who Stay; You're Not Here (bonustrack, remixed version single from debut album).