Insubordinations: Mapping the Forefront of Sound

By Florence Wetzel
March 6, 2013
Sign in to view read count
Electroacoustic improvisation is surely one of the most exciting fronts in twenty-first century music. Each time there's a digital innovation, this music innovates as well, which means that the changes are coming fast and thick. It's an explosion, really.

For devotees of this music, as well as anyone who is curious about these new sounds, the Swiss netlabel Insubordinations is a veritable mother lode. To date the label has over 60 releases of improvised/electroacoustic music, featuring a wide-range of talented musicians and an impressive range of instrumentation, everything from traditional acoustic instruments to laptops to typewriters. Below is an exploration of three of their releases. 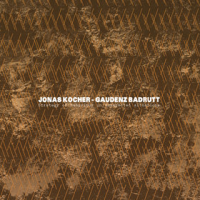 Strategy of Behavior in Unexpected Situations

The 32-minute eponymous piece that comprises this CD by Jonas Kocher and Gaudenz Badrutt takes place on a bed of silence. In fact, one could call silence the third member of the group. Yet this silence is not empty; it is potent and simmering, with a life of its own.

In many ways this piece is about listening, about patience and expectation as you wait for sounds to arise. And sounds do arise, in all shapes and sizes: whooshes, clicks, beeping, crunching, dark drones, high-pitched squeals, and subliminal vapors that pass through like shadows. The word "unexpected" in the title is also quite telling: sometimes the sounds sneak up quietly, and other times they explode the silence into shards. Kocher and Badrutt like to play with the unforeseen; they enjoy sounds that startle and astonish, as well as the space that's left when these sounds fade off into nothing.

The modern world is filled with noises, most of which we hardly acknowledge, but a piece of music such as this provides the space to actually hear sounds as they emerge. This is true even when the sound is a high-pitched drone or repetitive beeping; such sounds are reminiscent of the French phrase jolie laide, which literally means "pretty-ugly": even if these sounds might seem displeasing on their own, they are exactly right in the context of the whole. Altogether this is a gripping piece of ambient music and electroacoustic innovation that's a pleasure to explore. 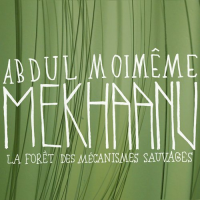 In this release, the ingenious Abdul Moimeme simultaneously plays two prepared guitars (which means a guitar that has its timbre altered by objects placed on or between its strings). He sets the instruments in motion and lets them sing to each other, nudging them in different directions as the seven tunes progress. The result is a kaleidoscope of resonance: there's undertones and overtones, clangs and urgent pulsations, scrapes and ancient echoes, arctic winds and dinosaur roars—a veritable feast of sound. In fact the title of the CD means "the forest of wild mechanisms," which is an apt description of the compelling world that Moimême creates.

This music is immensely pliable to the imagination, which is part of the joy of listening. In the liner notes Moimême states: "I invite listeners to freely create their own associations as the present soundscapes unfold." And indeed, "Mécanismes Pi," which has an enigmatic percussive noise like distant marching, as well as a burgeoning drone, could be identified as the sounds inside Godzilla's ear as he rampages through Tokyo. And the squiggles of high-pitched noise in "Qu'ils appellent Saturne" could be the song of an alien creature living in a subterranean pod on Saturn. But whatever this music sets off in the imagination, it has a wild beauty and a freshness that's highly enjoyable throughout. 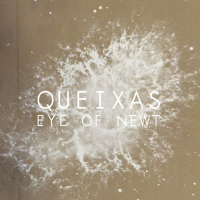 Moimême's prepared guitars also appear on Eye of Newt, along with Cyril Bondi on bass drum and objects, and d'incise on laptops and objects. The three songs on this remarkable CD work well as a suite, with all the tunes emerging from a ghost-like atmosphere, an aural fog of haunting splendor. The first tune, "An Yll Wynde That Blowth No Man to Good," is an evocative piece that creates a windy, mysterious universe. The sounds move slowly, crackling and creaking, with distant whistling, faraway roaring, and the ancient chiming bells of a ghost vessel as it slowly penetrates a thick mist. The second piece, "Stow the Croze," further explores this eerie atmosphere, this time incorporating a high-pitched drone that moves in and out of the piece. The music continues to move at a deliciously glacial pace; this might even be what glaciers sound like as they forge their way through fields of ice. The piece is full of subtleties, creating a lush electronic torte full of rich layers.

The CD closes with "Everybody Out," and here the high pitch is front and center, the penetrating sound cutting through the amorphous fog. Yet the piece continues to explore the sounds beneath sounds, the under-noises and after-echoes; it's a muffled, muted world that's wonderfully atmospheric. Again, this music is a gorgeous field for the imagination to play inside, with sounds like enormous rusty doors being pried open after centuries of lying invisible at the bottom of the sea. The three songs comprise a stunning piece of music, a beautifully evocative soundscape that will resonate in the ears long after the music disperses.

Strategy of Behaviour in Unexpected Situations

Tracks: An Yll Wynde That Blowth No Man to Good; Stow the Croze; Everybody Out.