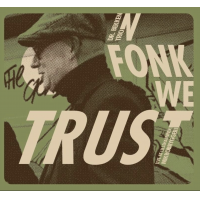 With some fresh boogie-woogie powder, just the right amount of handpicked blues, a bit of jazz seasoning, and honky-tonk leaves, all rolled together in the same Zig-Zag, the Dr. Bekken Trio smoked the joint. The crowd at the Lillehammer Mikrobyggeri, in the Olympic city of Lillehammer, Norway, were abuzz the minute the band took the stage. A strong hit of boogie-woogie laced the room with an energized romp on the Tor E Bekken original composition "St. Pete." Bassist Mattis Kleppen sparked up the powerful opener with a potent bass solo.

Chilling back, as if there was any other direction to go, Bekken and company grooved into the honky-tonk zone, trippin' on a three way tab of "Big Chief"/"Hey Now Baby"/"Fire It Up." Kleppen lit up another smoldering bass solo. Bekken tripped us back to memories of the great Dr.John with his vocal and meter with the band.

The jazz bud is up next and provides a pleasant ride from start to finish. "Put on Train" has a lot of substance while maintaining the speed limit. You don't always have to race at high speeds. Here we have a well-paced glide that is as soothing as it is melodic.

The blues and laughter kicked in almost simultaneously on "Cherry Red." While played with depth and character, the takeaway here is the line, "Squeeze me until my face turns cherry red and pull me down on your king size bed."

With the lament of "You Can't Lose What You Never Had" Bekken again summons the spirit of Dr. John, while just being himself. This more up-tempo boogie blues bop kicked with a funky bass riff from Kleppen and sensational play from Bekken. His adventurous right hand was prominent throughout the record. Still, it is his monster left hand that drives his music to some incredible highs. Here he pushed to a full throttle conclusion.

The band and the audience were allowed to catch their breath as Bekken slowly weaved through the "Drifting Blues." His emotions poured into his keys, showed a lot of heart and brought out another look from deep inside. It is a face the good doctor wears well.

No surprise ending here. The audience got want they wanted and then some. The Bekken Trio was rollicking and the joint was rolling. The rousing swing beat of "Pinetop" was embraced with glee and intensity. The rhythm section of Kleppen and drummer Dag Kittilsen drove this at blistering level five high speed. Bekken delighted in every moment, playing with exuberance and abandon.

No slight intended on the absence of mentioning Kittilsen until now. He was tightly in the pocket through a barrage of tempo swings, changes, and all that was wrapped in that fat doobie. In truth, the trio has played together for some thirty years. Ah, yes, that explains why they are so tight and communicate so well. Go figure, three cats from Norway in about as fine a tribute to the sound of New Orleans as you are going to find.

Notable is the crowd noise. Better said, lack thereof, at this pre pandemic (January, 2020) dancing and swinging party. A big thumbs up to sound engineer Tom Saetre, who managed to make the music standout from the noise. Only the clapping between songs is heard. This is a beautifully clean recording of a fonkin' good time and primo performance by the Dr Bekken Trio.

St. Pete; Big Chief/Hey Now Baby/Fire It Up; Put On Train; Cherry Red; You Can't Lose What You Never Had; Stoop Down; Drifting Blues; Pinetop.