By Mark Corroto
November 27, 2010
Sign in to view read count 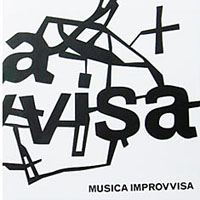 Sometimes a box set of music becomes a fetish item. One that listeners (or collectors) form an irrational or excessive commitment to because it embodies some sort of magical or spiritual powers. Such may be the case for the 10-CD/DVD set Musica Improvvisa, a collection of improvised music from Italy.

The names of the artists heard here will undoubtedly be new to most, as well as the sounds generated. The artful box, CD sleeves and poster were designed by Dinamo Milano, a partner with the label die Schachtel, who has a commitment to aesthetics beyond simply sound. This massive undertaking with excellent sound is enriched by the addition of a DVD and the vessel that contains it. If the music industry has any plans to survive the digital era, other labels should take cues from thoughtful projects such as this.

The A Spirale trio—Massimo Spezzaferro (drums), Maurizio Argenziano (electric guitars) and Mario Gabola (saxophone)—opens the proceedings on Viande with a conventional (is there anything standard about free improvisation?) set up: guitar, saxophone and drums. Playing a short dozen "Untitled" tracks the trio, engages in a constant energy of chatter, with Gabola's fluttering saxophone, the agile feedback touches of Argenziano's guitar, and Spezzaferro's stop/start drumming drawing inspiration from the British improvisers focusing on the shared experience of music making. Each track seems to both set off in conflicting directions and somehow meander into a coherent whole. This is muscular, aggressive music.

The two guitarists Xabier Iriondo and Roberto Sassi both have roots in rock music and noise. Although of late, Sassi can be heard in the UK improv scene and Iriondo has produced records with Gianni Mimmo, Your Very Eyes (Long Sound, 2008) and Gianni Gebbia. Their collaboration An Experiment In Navigation is both raw and cinematic. The pair find ambiance in the deafening roar of electric guitars and the pounding pulse of industrialization. "Crustal Navigation" actually hurts the ear with distortion and the appearance of blown speakers. Maybe that is all a set-up for the ending track, "Gnomonic," a piece that might mistaken for a bluesy improvisation by Loren Mazzacane Connors.

The John Cage-ian feel of the quartet Ligatura—Alessandro Giachero (piano), Maurizio Rinaldi (electric guitar), Andrea Lamacchia (bass) and Fabrizio Saiu (percussion)—is felt most in the silence it incorporate into its improvisations. All four players here are working with prepared instruments, altering their machines to distort the live recording, each track ultimately adding tension to a momentum-gathering sound. This disc might be the most meditative of the box. The quartet begins "T21" (all the tracks are letter/numbers) with an authoritative crash- crash-crash that develops into a more resonating (and ruminating) procession of notes. After the yang tension is built and released, the yin acts as a bit of enlightenment.

Delivered in both CD and DVD form, the three tracks on Fotopartiture Per Tre Improvvisatori—"Skyline Blue," "Skyline Red" and "Skyline Green"—act as a post-industrial sci-fi landscape that is complemented by the Pietro D'agostino's slowly moving video. The trio Xubuxue—Marco Ariano (percussion), Elio Martusciello (laptop) and Gianfranco Tedeschi (bass)—execute a sound that is suffused with the circuitry and language of computers. Think of a futuristic street laboratory that mixes tarnished technology with the smudged lives of the survivors of some catastrophe. That's where Ariano's drums and Tedeschi's bass meet the laptop pings and pops. Then again the accompanying video reveals yet another vision of images slowly moving into the horizons of color.

Taking on the feel of a radio play, the dialogue of Marco Posocco is lifted from William Gibson's "Neuromancer." And like other cyberpunk of the 1980's meaning is often times fleeting. The trio on Wintermute—Xabier Iriondo (guitar), Cristiano Calcagnile (percussion) and Massimo Falascone (saxophone)—execute a scratchy, dense narrative that certainly relied in post-production to pull the layers of sound together. Sampled, altered voice sets the tone as the electronics seem to flicker in and out like an old time cinema projector. The chronicle presented is indeed a soundtrack that is looking for a realization on screen or in the listener''s head.

The duo Amuleto—Francesco Dillon (cello, objects) and Riccardo Wanke (guitar, bass, electronics)—combines its (at times) very quiet approach with varied field recordings on 11h15: Local Weather Forecast. Sometimes during the playback it is difficult to distinguish between the music and the listener's environment. Were those barking dogs outside the door or on the recording (they are on the track "Cani Neri") and is this a market you are walking through? The pair add the sounds of Mexico, Morocco, Guatemala and Portugal as the entourage to their often slow processions. Together with the field recordings, Amuleto adds drones, improvisation and thick hovering sense of authenticity to this world your ears are allowed to stroll through.

Perhaps the most accessible disc (and that's not a bad thing) in the box, For Tumbling is by the duo Andrea Belfi (percussion) and Attila Faravelli (computer), known as Tumble. The pair recorded these tracks in real time using the looping beats of Belfi as Faravelli manipulates and distorts sounds with a computer that has been filtered through prepared speakers. Sometimes the speakers are intentionally broken and the funky beats squashed and retrieved in dub for your dancing pleasure. The nearly 11 minutes of "To A Metal Frame" builds on a break dancing beat of early hip-hop, adding textures and echoey fragments of laptop noise. "Used" samples birds singing over simple beats and whistling loops. These two seem to be able to create movement out of the most rudimentary tools.

The Roman trio Ossatura—Elio Martusciello (computer), Fabrizio Spera: (percussion) and Luca Venitucci (piano, accordion, amplified objects)—has been a working unit since 1995. For Ossatura With Gene Coleman & Marina Peterson, they added Gene Coleman (bass clarinet) and Marine Peterson (cello) to form an electro-acoustic superband of improvisers. The four lengthy pieces heard here are cerebral and sparse. Each player contributes, but none dominates the affair. Each piece begins quietly enough, and players develop sounds through extended technique, blurring the lines between themselves and the improvisation. Like any great instant composing the players utilize tension and ultimate liberty in the music. The feel here is that of being a loiterer, listening to these players from an alley and relying on feel over visuals for meaning.

AMP2 also known as Advance Music and Media Pool Palermo is a collective group of musicians that have contributed the most innovative sounds to this project. Hopeful Monster is an engrossing combination of sound both mechanical and electrical that just happens to also find itself being musical. The five musicians—Domenico Sciajno, Dario Sanfilippo, Antonino Secchia, Gandolfo Pagano and Andrea Valle—all administer some variation on laptops or electronics in combination with prepared guitars, feedback or invented percussion devices. Think free improvisation meets Harry Partch. Eccentricity and weirdness is the norm here, with percussive barking electronics and odd little mechanical driven rhythms these five tracks are ultimately satisfying.

Thau is a quartet of improvisors that includes just one Italian, drummer Fabrizio Spera. His bandmates here are a collection of Swiss musicians— Sabina Meyer (vocals), Hans Koch (reeds, electronics) and Paed Conca (electric bass, clarinet). Their sound on Thau relies heavily on a traditional jazz trio of reeds, bass and drums plus singer. That is where they start, then diverge into song. At least that is the feel. Meyer sings wordless notes, not scatting as much as vocal poetry, if their was no such thing as language. Her chamber recital swoops with the energy improvisations, and her wordless speech stretches into extended technique and breath on "Equatorial Freeze."

An Experiment In Navigation

Tracks: Trampoline; Gymnastic Apparatus; Consisting Of A Strong Canvas Sheet; Attach With Springs; To A Metal Frame; used; For Tumbling.