By Pat Youngspiel
February 11, 2022
Sign in to view read count 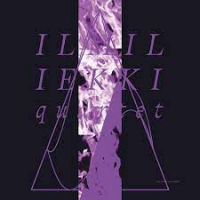 When opener "Three Queens" kicks off seemingly mid-motion, Verneri Pohjola, Tuomo Prattala, Antti Lotjonen and Olavi Louhivuori —a foursome going by the name of Ilmiliekki Quartet—sound as though they've already been at it for a while. They're all warmed up, in complete sync and have found a common groove at which they're smoothly tugging and pulling in a united front. There is a stumbling notion to how the piano keys fall from one chord into another, constructing cadences and voicings as they come in the spur of the moment. Stumbling because another form of movement might imply that their steps are easily traced—which isn't the case. One is reminded of cat's stride, jumping from ledge to ledge up on a tall building, in balance with its surroundings and itself—a stumble that's been expertly practiced for sure. The same goes for the tune's main theme, which suddenly appears in passing, as opposed to actively introducing itself. Subsequently the focus shifts swiftly and softly, alternating from piano to trumpet to bass, back to trumpet and yet always together, ideas growing out of the ensemble like fresh branches off a tree. It is but the first act in a sequence of six, yet it is so much more than a preface—these musicians are in the thick of it before it even began and before they knew what it would even be.

It is the quartet's twentieth anniversary, and the four Finnish mainstays are obviously celebrating it in a big, if subtle way. None of what they do on this self-titled album is predictable, yet the styles and idioms they traverse aren't unknown. There are some swinging nods here and there, harking back to traditional post-bop approaches on "Three Queens," with a touch of today's New York improvised jazz scene in its rumbling and tumbling rhythmic foundation. One may recognize a touch of Pohjola's peer, Israeli trumpeter Avishai Cohen, or the other neighbored horn player Ralph Alessi in the moody explorations of tone and timbre on "Sgr A*" and "Aila," with their soft splashes of dissonance in alternatingly dark and contemplative harmonic frameworks. But just when mist and obscurity on "Aila" seem to take over (and there may be a slight overuse of echo and reverb at play, for mystifying purposes of course), the horn breaks through the clouds in rescuing fashion and lets the sunlight through, singing a folk hymn with a uniquely Scandinavian quality to it that's simultaneously breathtaking and heartbreaking. Subtle left turns are among the band's signatures and that boundless melancholy returns on "Night Song," a slowly and percussively constructed wakening of melody that erupts in wailing trumpet cries.

Pohjola's trumpet takes center stage for many passages across this record and his attack has a raspy hiss to it, proudly revealing the breath at the sound's root rather than trying to hide it away. Breakage in the horn's sustain, whispered repetitions in some of its barely audible phrases and the fearlessness with which it then rips through the framework that surrounds it add to a remarkable sense of overall dynamism and tension within the musical structures as well as between the players. For Pohjola's accompanists do not just stand by and observe the action, but constantly react to his impulses and respond with their own—be it through the careful stacking of harmonic tensions on keys midway through "Sgr A*," the collective and explosive deconstruction at "Aila"'s showdown or with gentler gestures, revealed in Lötjönen's firm but flexible bass patterns throughout "Sgr A*" or "Kaleidoscopesque," and represented in the group's bold rhythmic and harmonic fragmentation as portrayed in "Night Song" and across other instances on the album, which are juxtaposed with the ascetically dotted foundation that pulls through "Follow The Damn Breadcrumbs," with its cynical title hinting at the song's stubborn pulse.

But when everything is said and done, melody reigns. On the slippery slope that is "Three Queens," the tossing and twisting subject wrapped around piano and horn sets the tone. "Kaleidoscope" reflects the same concept, creating a complementing figure in service of bookending. When the dark curtains on "Aila" are finally pulled back, the pureness that protrudes from the trumpet is startling. "Sgr A*" is dominated by the simplest of motifs made up of three notes, the first repeated and a subsequent whole note a step up, which is then sequenced through a harmonic cycle, inverted, imitated and then repeated again. It is there in "Night Song" too, clearly stated by the trumpet in a monologue that surrounds itself with whispered accompaniment, soft brush strokes, crystalline piano splashes and earthy double bass ruminations. The song's finale is a secret proclamation, an ode to the concept of melody and melodic development itself. The same could be said for Ilmiliekki Quartet, who would overcome any obstacle to make their inner melodiousness known.