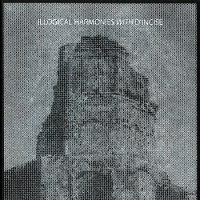 For several reasons this download-only release makes an excellent companion piece to Volume (Another Timbre, 2016) by Illogical Harmonies. Firstly, the Illogical Harmonies duo of violinist Johnny Chang and double bassist Mike Majkowski is here joined by INSUB curator D'Incise who acts as a wild card, adding electronics and field recordings to the impressive contributions of the two string players, enhancing the soundscape and giving it another dimension; together, the three sound like a mutated chamber group.

Secondly, this album's one track was recorded live in concert, in February 2015, in Geneva, and is presented here unedited, whereas Volume consists of five tracks composed and studio-recorded between spring and autumn of that year. The concert heard here was actually the second of two Swiss concerts played by the trio, so the three had had time to acclimatise to one another, meaning they sound relaxed and comfortable together The forty-one minutes of music was largely improvised and, thanks to D'Incise's contributions, it ventures into territory that is at times very different to that explored by the strings alone. While there are occasional structured interludes, such as a repeated phrase from Chang at around the nine- minute mark, these never strait-jacket the players, all of whom seem to relish the freedom afforded them. The end results contrast markedly with the prolonged notes and drones produced by Illogical Harmonies alone on Volume.

This trio is best regarded as a group that is distinct and separate from the Illogical Harmonies duo. Both are very fine and we must hope to hear more from each of them.