By Warren Allen
November 11, 2008
Sign in to view read count 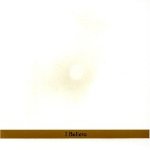 Since he first appeared in New York as a wildly blowing teenage alto saxophonist, Daniel Zamir has toned down just a little. An Israeli who grew closer to his Judaism while abroad, he has since returned to the Holy Land, and these days, plays exclusively soprano sax. I Believe, an American release, shows a fiery but refined player, capable of blending religious melodies with high octane jazz.

The album features as talented and sympathetic a rhythm section as Zamir could hope for in Greg Cohen, Joey Baron and Uri Caine. All have worked on a variety of Jewish-jazz fusion projects before, and Caine's pensive piano work provides the perfect contrast to the leader's tone. His solo on "Poem 51/52" matches the saxophonist's explosive sound by building a rhythmic statement from the ground up and expanding the limits of melody.

For his part, Zamir flies all over the grooving "Poem 54 (770)." He locks into hypnotic repetitions, reaches through the full range of his horn, and calls out with a variety of vocal inflections. Later, his warm interpretation and intense technique combine for the swirling "Let Me in Under Your Wing." The music is not so much played as intoned, as the saxophone leads the group in prayer.

With its bouncing Rasta beat, "Poem 10" echoes Zamir's playing alongside Reggae icon Matisyahu. Save for a great piano solo though, its novelty wears out over eight and a half minutes. By contrast, the lone saxophone's "You Are My G-d" is short and lyrical, never losing focus.

"The Fifth Letter in the Hebrew Alphabet" opens with sax and piano dueting gently, building as bass and drums enter, before giving way to a Zamir solo that sears the soul. Long strings of notes and soulful cries, answered by the rhythm section; create the sense of an impassioned High Holiday service. "Nine Minute (or so) Chabad Nigun" also begins quietly, but keeps gaining steam through modal changes and a tight piano solo, until Zamir again tears through with an ecstatic melodic statement.

"I Believe" provides a heartfelt coda to the album, built off the warm interplay between sax and piano. At once a statement of the leader's faith, the song also reflects the kind of devotion that drives the best musicians. Zamir's religious conviction gives him an intensity that many virtuoso players never capture, and provides as deep a well for emotional expression as any artist could need. He means to touch the soul here, and succeeds.