By James Pearse
September 7, 2012
Sign in to view read count 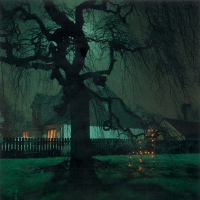 The seventh leader (or co-leader) recording, House Of Hope (Kning Disk, 2012), is another bold step forward in an already varied musical journey for Swedish guitarist Jerry Johansson. After exploring rock fusion, Indian ragas and Swedish folk, Johansson evokes the spirit of West Coast jazz from the 1970s on House of Hope.

Motivated early on in his career by George Harrison's foray into Indian composition and rhythms on late-period Beatles albums, Johansson began studying classical Indian music and the sitar with a former student of Ravi Shankar. His mission was to explore the lesser-trodden path where ancient Indian music traditions meet Swedish folk. An unusual undertaking, but one perfectly executed on works such as Sitar and String Quartet, which featured a chamber ensemble from the Gothenburg Symphony Orchestra (Kning Disk, 2006) and Book of Dreams (Kning Disk, 2008).

Johansson first edged closer to an improvisation-heavy jazz sound on the octet album Circles and Changes (Kning Disk, 2009). Now paired down to a quartet, he has ventured deeper into jazz territory. Johansson is joined on House Of Hope by three very capable musicians who, together, have created a dense, live recording (a fact only made obvious by the gentle applause at the end of each track) that remains memorable, long after the CD has been returned to its case.

All five tracks ("House of Hope I"—"House of Hope V") have wonderful, heady and at times hypnotic effects when the magical combination of electric guitar, vibraphone, bass and drums really solidifies and the musicians stretch out. At times, the music this quartet makes approaches the heady era of rock fusion and distant echoes of Larry Coryell, Gabor Szabo are welcome when they appear.

While House Of Hope channels the sounds of the West Coast and its heroes, this undoubtedly is a contemporary piece for jazz quartet, led by an extremely talented and versatile musician.