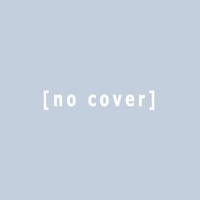 The enigmatic Lennie Tristano receives due attention from German pianist Andreas Schmidt on Hommage a Tristano. Blind from infancy, Tristano became proficient on several musical instruments, but he claimed his fame in composition and arrangement. He took the prevailing bebop wind of Parker, Powell and Gillespie and infused it with a harmonic awareness of both baroque and modern classicism. In 1949, a decade before Ornette Coleman broke out, Tristano was producing what would later be called "free jazz.

It is this untethered music that the Berlin-born Schmidt takes as his lead, with the crack rhythm section of drummer John Schroeder and bassist Christian Ramond. The recital is a basic Tristano set with selections by the iconoclast and his students Connie Crothers ("Carol's Dream ) and Jimmy Halperin ("Gazelle ). Also included are pieces by other composers as interpreted by Tristano, including Bach's prelude from the Cello Suite No. 2, Irving Berlin's "How Deep is the Ocean, and the Cahn/Styne collaboration "It's You or No One. Schmidt fractures Bach's counterpoint in a characteristically Tristano-ish manner. It would be too easy to call a piece like this the precursor to such later work by Jacques Loussier or Uri Caine. In the day, Tristano approached these works with a greater sense of freedom than has been subsequently expressed, truly acting as a trailblazer.

Tristano's approach to standards is in keeping with this. "How Deep is the Ocean is presented as mainstream post bop, before the classification of post bop was ever conceived. Schroder's rim shots pass through the tradition of Philly Joe Jones right into the realm of Tony Williams. Bassist Ramond captures the Scott LaFaro technique well, translating it into a free-form momentum.

Schmidt's approach to these compositions is by necessity abstract and nervous. While not quite composition on the fly, pieces like "Bud and "Lennie's Pennies exhale a breath of life full of anxiousness, relaxation, consideration and meditation—almost all at the same time. The disc closes with the lengthy "It's You or No One, a standard that Schmidt makes a thoughtful meditation on having an established starting place and then allowing the musical journey to determine the destination. In their survey of Lennie Tristano, Schmidt and company have produced a trio recital of grace and gravity.