By C. Michael Bailey
December 9, 2017
Sign in to view read count
Finally! We make it to the finish line of another year. Here are some popular Holiday music fare. 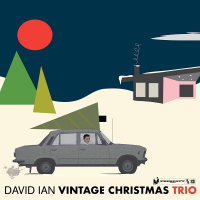 Pianist David Ian has made a cottage industry around mid-century piano-trio jazz, a la the Vince Guaraldi Mad Men cultural axis. Ian follows up a particularly fruitful 2014 Holiday Jon Estes who has been along for the since the beginning and drummer Josh Hunt who has been around almost as long. As revealed by the title, this is jazz trio only recording featuring instrumental treatments of ten time-tested carols the most compelling being a Red Garland block chord-propelled "Up On the Housetop." Ian arranged all of the songs and it is interesting to consider that he is in alter ego mode on this recording, dividing his time between this and his speed-metal guitar duties with Church of Rhythm. These are spare and beautifully prepared arrangements of well-known melodies. Sometimes less is more. 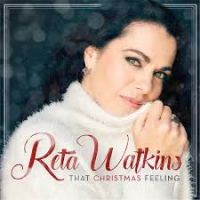 Jumping all the way to big band and strings, we have Reta Watkin's That Christmas Feeling. Arranged to the maximum to employ all the considerable instrumental forces brought to bear, all to provide Watkins' supple and expressive alto voice, this is a BIG recording recalling popular holiday recordings of middle of the last century. There is a caveat. Watkins choses a more eclectic repertoire, including the contemporary 'Mary Did You Know" in bombshell, over-the-top arrangement. "Christmas in Heaven" and Behold Emanuel," Jeremy Johnson/Paul Marino compositions, broaden the holiday repertoire admirably. Of the standard fare, "Have Yourself a Merry Little Christmas," "Sleighride," and "White Christmas" brighten the disc. "I've got My Love to Keep Me Warm" is sung with a beautifully wholesome sex appeal not often found in recordings today. Watkins sings with conviction and wonder, never missing the reason for the season. 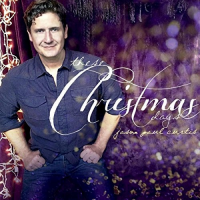 Singer/trumpeter/composer Jason Paul Curtis follows Reta Watkins in producing a big, well-arranged sound on two standards bookending eight Curtis originals. Infectious in its hope and outlook, These Christmas Days joins Curtis' previous holiday outing, Lovers' Holiday (Self Produced, 2013). Single handedly, Curtis is expanding the Holiday Song Book with sprite originals peppered with unusual standards. Inspired is Curtis' choice of the ballad "The Way You Look Tonight," to close These Christmas Days. It almost seems too perfect. Again, Curtis is supported by the ensembles Swing Lab and Swing Shift, who collectively provide him his big sound and momentum. Curtis is joined by his daughter, Isabella, on two selections, making this a true family affair. This music swings and swings. 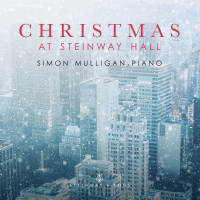 This is a completely different holiday music piano disc as compared to David Ian's Vintage Christmas Trio. Pianist Simon Mulligan presents a recital of a baker's dozen compositions from the heart of the holiday repertoire. In doing so, he demonstrates an expansive grasp on the history of piano playing right from the get-go. "Baby, It's Cold Outside" enjoys a breezy stride treatment, while Mel Torme's "The Christmas Song" is given a reverent ballad performance. "Winter Wonderland" smacks of new age, only better performed. These pieces experience more sophisticated arrangements than you're likely to hear in the lounge of the airport Holiday Inn. Pianist Simon Mulligan finds himself in the cat-bird seat with a fine instrument to play, an even finer performance hall, staffed with outstanding engineers. The sound is warm and expansive and the recital repertoire unsurprising but carefully crafted into a cogent whole. Listen to this by the fire... 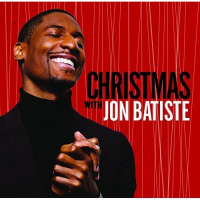 If pianist and Late Show with Stephen Colbert music director Jon Batiste were any more soulful, it would pour out of him like golden sunshine from his backside. The Batistes can be considered Louisiana's "other" musical dynasty. "For his collaboration with Amazon Music, Batiste assembles a dozen old and new holiday tunes, giving them the high polish of Creole patois, seasoned with red Louisiana dirt. His solo pieces ("White Christmas," "O Tannenbaum," and "Christmas in Barcelona" are most provocative, while "Endless Love," featuring Aloe Blacc; "What Child is This," featuring Eric Gale; and "Jesu, Joy of Man's Desiring," featuring Sean Jones, gives these old pieces a honed edge of modern and postmodern. Each piece sports rather dramatically different instrumentation and arrangement, resulting in a brilliantly exposed cultural eutectoid, whose charm should not be lost on any listener. 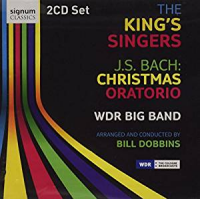 And, finally, a gem released in 2010 and not noticed until now. The King's Singers were founded in May 1968, formed by recently graduated choral scholars from King's College, Cambridge. the group has made scores of recordings, many of them holiday related. But, their jazz interpretation of Bach's Chistmas Oratorio is truely inspired. Beneath the baton and arrangement of Professor Bill Dobbins of The Eastman School of Music, University of Rochester, Bach swings as if Benny Goodman were blowing sunshine up his backside. Optimally, listening to a traditional Baroque performance of the piece (for example, John Butt and the Dunedin Consort 2016 recording on Linn Records) before listening to this present performance vastly increased its enjoyment for this writer. The dedicated traditionalist will doubtless be disappointed in this recorded. But I believe those adopting Cooleridges's "willing suspension of disbelief" will encounter an enjoyment of manifold elements. There is much to enjoy with this recording if one is focusing on a performance the King's Singers in the environment of their using Back as a springboard, extrapolating the music forward, as has always been the touchstone of jazz. Not everything works here, but enough does...Happy Holidays.Critic's Note: Anno Domini 2017, marks the 100th Anniversary of recorded jazz, deftly noted by the release of the Original Dixieland Jazz Band's shellac "Dixieland Jass Band One-Step (A)/Livery Stable Blues (B)," Victor 18255, recorded February 26, 1917 and released March 7, 1917. Just for perspective, in 1917, my father was 18 months old and my mother was yet to be born for two years. It is also the twentieth anniversary of me writing for All About Jazz. The first recording I reviewed for the magazine was Art Pepper's San Francisco Samba (Contemporary, 1997), published December 1, 1997. I am using this article as part of a series noting my twentieth anniversary with the magazine and paying special tribute to my fellow writers at All About Jazz and Publisher Michael Ricci.