By Edward Blanco
October 25, 2011
Sign in to view read count 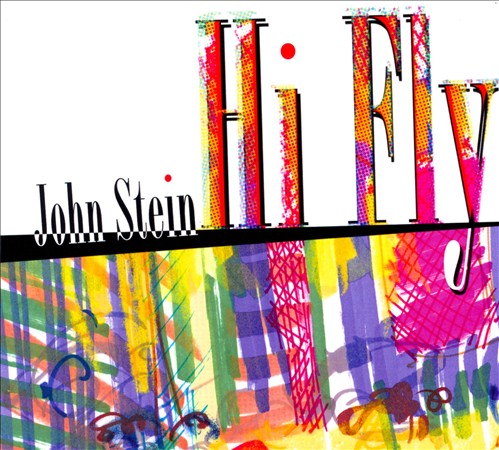 With HI Fly, renowned jazz guitarist John Stein takes flight, leading his high-flying quartet on another top-flight set. The album is a follow-up to his recent Raising The Roof (Whaling City Sound, 2010), and features new band mate, pianist Jake Sherman, replacing keyboardist Koichi Sato, who appeared on the Stein's last two recordings. Sherman is a student at the Berklee College of Music, where the Stein is an Associate Professor.

On this album, Stein navigates the band through five clever new compositions, and lifts several old standards to new heights under the wings of fresh new arrangements. Kurt Weill's oft-recorded classic, "Speak Low," is propelled by longtime collaborator Ze Eduardo Nazario's drums and crashing cymbal accents, as well as the guitarist's handiwork, giving the old tune a new feel. Sherman provides a futuristic grinding sound on Randy Weston's title track, using organ in support of Stein's crisp lines. Applying a light approach to the aptly titled standard, "Lazy Afternoon," Stein and crew move the piece along quite slowly, while David Raskin's classic "Laura" is presented in a new arrangement, a refreshing mid-tempo romp which lifts the tune from its more familiar down-tempo territory. The last cover tune included is Victor Young's "Love Letters," where Nazario and Sherman take over with some superb exchanges.

The music gets bumpy on "Funkin' It Up," as Stein and the crew encounter some funky winds on the set's finale, though the funk is truly not that strong. Whether flying high and fast or low and slow, with interesting new charts and a skilled seasoned guitarist as captain, Hi Fly is an album that will certainly be on the radar and surely worth tracking.