By John Kelman
September 1, 2008
Sign in to view read count 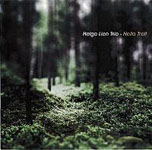 It's nearly impossible to keep up with the Norwegian jazz scene. Considering the country's population is about one-quarter the size of New York City's Greater Metropolitan Area, the vibrancy, diversity and sheer amount of music coming out of this small country is astounding. Pianist Helge Lien and his trio may be unknown to most North Americans, but they've already got five albums to their name and have racked up achievements, including a 2002 Norwegian Grammy nomination. Hello Troll is Helge Lien Trio's sixth release, and a terrific introduction to its many strengths.

Lien's trio, along with bassist Frode Berg and drummer Knut Aaleflæt, has been together long enough to possess the same kind of telepathy that's made e.s.t.'s final disc, Leucocyte (ACT, 2008) such a career-defining record. Collective improvisation is a significant component; still, like its Swedish counterpart, the trio is predisposed to form, melody and groove. Unlike e.s.t., however, Hello Troll is an all-acoustic affair, recorded by legendary ECM engineer Jan Erik Kongshaug at the legendary Rainbow Studio in Oslo with his characteristic attention to detail, clarity and transparency.

Shades of Dave Holland pervade the opening "Gamut Warning," where a potent bass vamp drives nearly five minutes of extended soloing by Lien, but a challenging 7-8-7-9 metric shift keeps everyone on their toes. Lien's slow-build, where space is a strong component in keeping the tension high even as the dynamics ebb and flow, is relentless despite its ultimate fade to black. "Axis of Free Will" possesses some of Brad Mehldau's cerebralism and oblique lyricism but, like that pianist's trio—especially since drummer Jeff Ballard came aboard—there's an unmistakable energy and visceral interaction between the three members that still makes it an exciting ride.

Swing may be one of the definers of the American tradition, but it's the rubato temporal elasticity of time, even as the music aims for a deeper melodism, that distances Lien's trio from any references to young American piano trios. The pensive "Radio" has form, with changes that run through its seven-minute exploration of democratic exploration, but time is fluid, with nary a pulse to be found. Berg's arco, during the tune's dark, classically informed melody, creates more texture than harmony, while Aaleflæt also plays colorist.

The Latin-informed "Troozee" works within more conventional form despite its odd meter. Time, changes and melody set up another lengthy solo from Lien, running the gamut from long, serpentine lines to repeat motifs which help build thematic tautness that ultimately demand release. The title track plays with an idiosyncratic cued intro, leading to a powerful, chord-driven groove that dissolves into total free play before gradually regaining form, another example of the trio's empathic improvisational acumen.

In a manner that doesn't create a muss or a fuss, Helge Lien Trio delivers an impressive set while avoiding any signs of self-indulgence or unnecessary demonstration. Well worth watching, the 2008 Kongsberg Jazz Festival got it right when they awarded the trio the celebrated DnBNor Musicians Award.

Gamut Warning; Axis of Free Will; Radio; Troozee; Diverted Dance; It Is What It Is, But It Is; Halla Troll; Snurt; In the Wind Somewhere.