BY DOUG COLLETTE
July 20, 2018
Sign in to view read count
Any musiclover worth his or her salt will testify to the fact that some of the best instrumentalists are the greatest unsung heroes. Playing during any given era of rock and roll, blues, jazz or funk, in any cross-fertilization thereof, session players, sidemen and collaborators of comparatively low profiles can be part and parcel of the most durable recordings and memorable stage performances. To that end, the names of such figures as Barry Goldberg and Dennis Coffey invariably turn up in the credits to innumerable albums and singles, as accompanists, arrangers and producers, songwriters or all the above. The aforementioned pair, for example, have been associated in some way, shape or form with the disparate likes of Steve Miller, Michael Bloomfield, Bob Dylan and Motown Records, and while these titles under discussion may not display any overt similarity with those figures' work, at least at first, each man's respective distinction is nevertheless readily apparent. 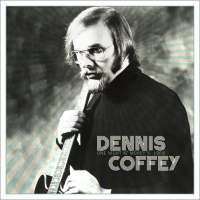 The conventional jewel box hardly compares to the sumptuous archive package of its predecessor, Hot Coffey in the D (Resonance Records, 2017), but on musical terms, One Night at Morey's: 1968 is a fine companion piece. In fact, as Coffey notes himself in the liner note interview , it is a recording from the very same night in the Showcase Lounge that was such a staple of Detroit's club scene in the late Sixties. Equally lean as its predecessor in arrangements for guitar, organ and drum lineup, a generally more upbeat tenor pervades this sequel over the course of nine diverse tracks and the trio apply a rigorous discipline to The Meters' "Cissy Strut," The Rascals' "Groovin'" and nearly fourteen minutes of a barely-recognizable take on The Beatles' "Eleanor Rigby." Little wonder this charter member of Berry Gordy's fabled studio sessioneers, 'The Funk Brothers,' reaffirms his justifiable sense of pride in this release, not just by doing an interview appearing in the enclosed booklet, but by collaborating on the archive effort of that which he originally co-produced. 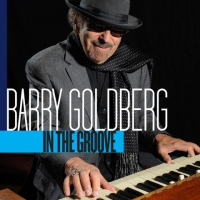 Barry Goldberg's forged an impressive career for himself over the course of more than a half-century of songwriting, producing and varied collaborations including Chicago blues icons, the Electric Flag and more recently his recent membership in the Rides (with Stephen Stills and supervision of the movie score to BANG!: The Bert Berns Story. The attraction of these various and sundry activities lies primarily in the humility he displays in a group collaboration, a distinct corollary to his tasteful playing, the combination of which virtues holds true on this deceptively seductive piece of work. A suitable companion piece to his similarly-conceived homage to the The Rolling Stones Stoned Again (Antone's/Texas Music Group, 2002)-like that album also produced by Carla Olson (Textones, Gene Clark)-In the Groove lives up its title throughout: Les McCann appears for the sole vocal track, a topical cut called "Guess I Had Enough of You," wisely designated as the opener, while seemingly effortless discipline and economy permeates the musicianship elsewhere throughout the LP: it rightly recalls Super Session (Columbia, 1968).

Tracks: Guess I Had Enough of You; The Mighty Mezz; Westside Girl; In The Groove; Mighty Low; Dumplin's; Ghosts In My Basement; Bullwhip Rock; Lazy; Tall Cool One; Slow Walk; Alberta.