By JOHN SHARPE
February 4, 2013
Sign in to view read count 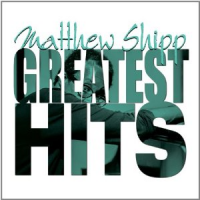 It takes more than a degree of chutzpah for any modern day jazzer to title a collection Greatest Hits, let alone a doyen of the avant-garde. But pianist Matthew Shipp has never shied away from controversy—indeed, on occasion has actively courted it. Slightly apologetically, sleeve note annotator Tad Hendrickson points out that the selections were those singled out in reviews, played on radio, or which provoked a notable response when performed live. So what's on offer here is a dozen cuts chosen from Shipp's albums on the Thirsty Ear label spanning a 12-year period since 2000.

Loosely in chronological order, the set charts two trends. The first being the introduction and then stripping away of overt hip-hop influence, synthesizers and post-production tweaking found on cuts such as "Cohesion," New ID," and "Nu-Bop," to leave a more abstract acoustic vernacular. At the same, time there is a retrenchment in lineup, so that the quartets and quintets give way from 2005 to piano trios and solos without horns—the classic jazz formats in which the keyboard assumes the greatest prominence. While it's inadvisable to read too much into this—Shipp has continued to record with reeds on other labels, witness SaMa (Not Two, 2010) with Sabir Mateen, and Cosmic Lieder (Aum Fidelity, 2011) with Darius Jones, to name just two—unsurprisingly, the current approach is favored, with the only album that provides more than a single cut being 2012's enigmatic but compelling Elastic Aspects, though even here Shipp shares the limelight, especially with monster bassist Michael Bisio.

Irrespective of setting, the pianist demonstrates a unique sensibility in which brawny insistent rhythms jostle with sudden diversions off the page, only to make way for sparkling crystalline melodies. One of his most attractive recordings, the singular New Orbit (2001), is represented by the lyrical title track, featuring Wadada Leo Smith's blues-infused trumpet. Other standouts include the motif-driven invention of "GNG" (from Harmonic Disorder, (2009)), the infectious dance of "Cohesion" (from Equilibrium, (2003)) and the prancing "Key Swing" (from Piano Vortex, (2007)). But while the shrewd programming means that the album works as an outstanding sequence of music if consumed in a single sitting, it acts even more powerfully as a prompt to go and search out some of the source discs to enjoy fuller servings of particularly appealing flavors.