By Mark Corroto
January 1, 2001
Sign in to view read count 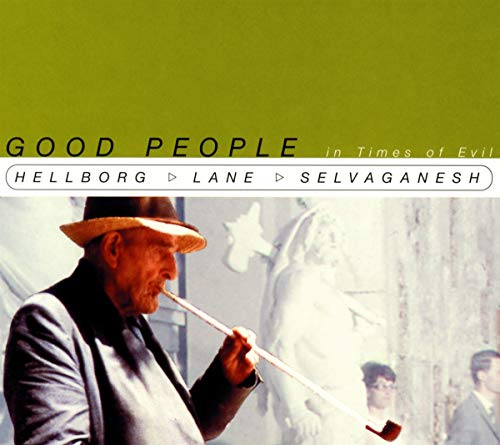 Is Jonas Hellborg the Swedish Bill Laswell? Maybe. The bassist has a grounded, driving funk/world/jazz attack like Laswell and his music mixes Eastern and Middle Eastern influences for color. But unlike Laswell, Hellborg’s music rarely overshadows the flavors he introduces. His reserved, yet slamming signature is once again displayed on this trip to a very urban India.

Hellborg, Swedish-born and raised on Hendrix, soon turned to electric Miles and Albert Ayler for inspiration. He has worked with the fusion Gods Tony Williams, John McLaughlin, and Billy Cobham. Later he followed Bill Laswell’s path to Axiom working with Ginger Baker and Laswell’s Material. His recent work for either his own label, Day Eight Music, or Bardo has been in trio with Guitarist Shawn Lane and a percussionist. Lane, a former member of Black Oak Arkansas, and Hellborg recorded Temporal Analogues Of Paradise, Abatract Logic, and Time Is The Enemy.

This time out they contract the services of V. Selvaganesh an Indian percussionist who has gained critical attention touring and recording The Believer for the band Remember Shakti, headed up by guitarist John McLaughlin. The music remains true to both jazz and Indian ragas. Each track has the feel that it could be expanded to fill the entire disc without becoming tedious or repetitive. And maybe that was the attraction John Coltrane had to Indian music; it is packed with infinite possible combinations of meditative sound. Hellborg mines those possibilities giving plenty of room to Selvaganesh’s beats and voice on the live track “Aga Of The Ladies.” Hellborg brings the funk (a speed funk at that) on “Leaf Souvenir” where he spars in a back-and-forth with the beat, Selvaganesh ends the match with an Indian scat, or more correct, a raga-rap?

This world’s music is not watered fusion but a very urban Indian sound. Hellborg continues to take his listeners on very compelling journeys.

Aga Of The Ladies; Savitra; Leaf Souvenir; Bhakti Ras; Who Would You Like To Be?; Uma Haimavati.