By Geno Thackara
June 15, 2020
Sign in to view read count
Whatever may be going wrong in the world, there are always some figures (especially artists) out there reminding us of the importance of community and celebration. Without making a direct statement on the strange circumstances of 2020, this batch of recordings nonetheless offers just the kind of vibrant affirmation the times need.

Duende Libre
The Dance She Spoke
Self Produced
2020

There's a lot of common ground (well, figuratively) between characteristics of South American and western African traditions—humble group interplay, love of tricky rhythms, irresistible melody and a spirit of celebration. Duende Libre's third outing starts off bursting with sunshine, and even though the pace eases off in the course of The Dance She Spoke, the rhythm and cheer never do. Samba and tango make part of the basic recipe alongside traditional rhythm patterns that vocalist Frank Anderson learned from the traditions of Mali and Guinea. They hit the ground running with pure Afro-jazz sunshine, then follow up with a slinky piano-drum samba duet as the quintet spices everything up with danceable rhythms and handclaps.

While there's technically a piano trio at the core of the lineup, the group is a quintet rounded out by plenty of cheerful vocals and extra percussion. The mix of worldly tones brings The Dance She Spoke closer to the street carnival than the jazz club. Alex Chadsey's piano lives easily in both those worlds, while you can practically hear Jeff Busch smiling ear to ear as his drums interlock with an abundance of beats and claps. The ryhthm is as natural as a spontaneous public dance, and the crew's exuberance is as contagious as the abundance of handclaps. On this affair Duende Libre more than lives up to the title. This is a dance to be spoken, sung, shouted and anything else as long as it comes straight from the heart and the feet. 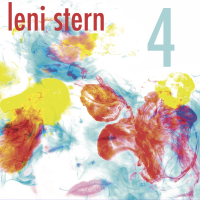 If 3 (Leni Stern Recordings, 2018) was the sound of Leni Stern having gone practically native after many years of travels through Africa, 4 could almost represent her bringing plenty of souvenirs to redecorate back home. That's not to say that she's drifting away from those roots that have been central to her music for nine albums now, but just that this one has a bit more of a familiar electric-fusion feel than on its organic predecessor. Her finely-tuned working trio expands to a quartet with the addition of Leo Genovese (hence the title), expanding on his previous guest spot to add new layers of keyboard tones. From the fusion-synth sheen of the opening "Lambar," followed by dreamy piano on the following track and funky electric keys for the next, his presence only gives the others more and more of a boost.

With Alioune Faye and Mamadou Ba still providing a superbly textured rhythm section, Stern has a foundation just as unassumingly solid as her guitar work. The pieces are again full of groove and yet humble in evoking their respective themes; even while simple chants and tricky rhythms form the base, touches of Asian or South American melodies are as likely to pop up as communal vocal chants or juicy electric jams. Holding steady patterns or snappily trading solos, each of the four adds whatever will fit the whole without losing their collective grounding. Perhaps Stern's most expansive and free-spirited outing yet, 4 shows that the change in the band's balance is all for the better.

It's more than a mixed bag on this exuberant outing from Michael Olatuja, it's a giant sack stuffed to overflowing. While Lagos Pepper Soup starts by living up to the spicy flavor of its namesake, the bassist's guest-packed second recording keeps throwing in enough spices and flavors for a whole restaurant menu. The leader and his rowdy cast of dozens start with what he calls "cinematic Afrobeat" and proceed to leap from one mode to another with each piece here, as if it's their last chance to celebrate every genre possible before the hour is over.

The pieces make room for jazzy piano, almost-folky violin, expressive R&B harmonica, often with a surprisingly subtle orchestral backing to enhance the sound rather than take over. What this Soup lacks in tonal cohesion, it makes up in exuberance and underlying optimism. Even when "Shadows Fade" slows things down for a Broadway ballad half-smothered under strings, the lightly crooned lyrics are all about enduring uncertain times and coming out better. The most successful moments here keep the production just slick enough to let the interplay shine, as with the hyper fusion dances of "Ma Foya" or "Mivakpola."

Even though the list is packed with a staggering amount of star power -Lionel Loueke, Joe Lovano, Becca Stevens, the force of nature known as Angelique Kidjo—nobody tries to outshine the leader or the songs. Olatuja's bubbly bass is nonetheless a nicely solid anchor, especially when the pace is brisk and the percussion is crackling. Lagos Pepper Soup is a rich meal to take time over, if only because each serving is a full-packed mini-buffet in itself.