BY ROGER FARBEY
October 2, 2011
Sign in to view read count 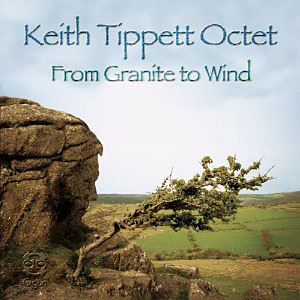 Rarely does an album receive the plaudit of being considered essential, but for Keith Tippett fans and non-fans alike, From Granite To Wind is such a recording. The pianist departed from the more rock-influenced aspects of his writing, on albums like Dedicated To You But You Weren't Listening (Vertigo, 1971) and the Centipede big band extravaganza Septober Energy (Neon/RCA, 1971), many years ago. He has, in subsequent years, devoted himself to the freer improvisational areas of jazz, although even these have often managed to include some rhythmic form, albeit sporadically.

This studio recording is gripping from the start. From the outset, the almost Art Tatum-esque solo stream of percussive piano notes heralds an octet that swings as hard as anything from Count Basie and Duke Ellington, through to Charles Mingus. From Granite To Wind's single eponymous track benefits from many ensemble and highly rhythmic passages, including a memorable head which is repeated throughout.

The problem of a one-title CD is offset by its manageable length, which weighs in at just 47 minutes—in actuality, a plus, since there is no extraneous fat on this steak, just lean, succulent meat. Indeed, it is a relief not to have an album that cynically seeks to fill out a CD with 79 minutes of music purely for the sake of providing its money's worth. The only slight irritation is that because there are no track markers, although the solos by the four saxophonists are listed in order, there is no approximate start time ascribed to each soloist, thereby making it difficult, literally, to keep track.

That said, this is undoubtedly a welcome and major work for Tippett which should not go unappreciated. Special mention must also be given to vocalist Julie Tippetts, whose presence on this album is nothing short of scintillating.

From Granite To Wind.