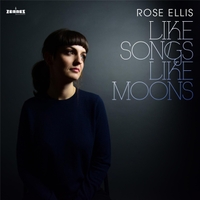 On her debut recording, Like Songs Like Moons, New York City by-way-of-the Netherlands vocalist and composer Rose Ellis, brings to jazz a voice as clear as a bell and unafraid to take chances. Her tone is diamond hard and easy on the ear. Her writing is topical, and delivery bright and informed. She employs an excellent piano trio of NYC musiciansin pianist Glenn Zaleski, bassist Pablo Menares, and drummer. Thoughtfully, the singer did not include any brass or reed as none were needed, only her substantial vocals. Her composition "Early in the Morning," won her the 2016 ASCAP Composers Award at Lincoln Center. It is a lilting and breezy piece that showcases Ellis' precise delivery and musical wit. She demonstrates some impressive scat singing on the piece, continuing in that vein into "Like Never Before." Ellis provides a smoky cover to Nina Simone's "He Needs Me" and a freshly scrubbed performance of Michael Buble's "That's All," showing that Ellis is ready to expand the Great American Songbook. 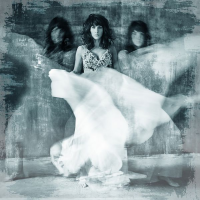 What can possibly be better, in our present political climate, than an Hungarian Bossa Nova specialist. You see, that is the beauty of music: no one can claim it for their own because it belongs to all of us. Rozina Pátkai has been emphasizing this all-inclusive spirit for the past decade. Her most recent recording, Voce e Eu (Pannonia Studios, 2014) was well received and quite forward thinking. On her debut, the singer cover some of the better known songs in the Brazilian vernacular Listeners will likewise find Paraíso na Terra, except Pátkai is spreading her wings to include some original compositions, while all steeped in the Brazilian experience, move beyond the straight Bossa Nova, picking up elements of jazz, popular, and even more progressive sounds. Pátkai's voice remains well balanced, possessing a certain multicultural nuance that makes it immediately appealing and understandable. Her instrumental support is properly understated, while still virtuosic.

Young upstart Swiss singer Nicole Herzog meets grizzled jazz veteran tenor saxophonist Don Menza. Herzog's present Nicole Herzog meets Don Menza: That's Life follows up her 2016 recording I LoveS You Billie (Brambus Records), which garnered critical praise as the singer's tribute to Lady Day. Herzog definitely likes to color within the lines of the golden age of jazz singers and the Great American Songbook. Her youthful and coquettish voice provides a grand foil to Mensa's superbly muscular saxophone playing. The other horn here is Johannes Herrlich's trombone, all grounded by the seasoned rhythm section of pianist Oliver Kent, bassist Jesper Lundgaard and drummer Bernd Peiter. The repertoire is in keeping with Herzog's previous recordings. She swings her way through Blossom Dearie's "I'm Hip," on her way to the blues-tinged "I'm Just a Lucky Son and So" (speaking of Ellington, Herzog also sings a steamy "Mood Indigo" here). But where Herzog shines is on the Kay/Gordon title cut, which she sings with mirth and conviction of years past her. This is a solid and commendable outing full of youthful enthusiasm and talent. 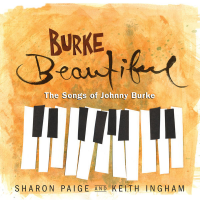 Johnny Burke provided jazz artists a solid book of songs to choose from and vocalist Sharon Paige and pianist Keith Ingham select an even 16 of them for But Beautiful: The Songs of Johnny Burke. Burke's songs graced many movies: "But Beautiful" and "You Don't Have to Know the Language" from Road to Rio (1946) while And the Angels Sing (1944) provided "It Could Happen to You," and Belle of the Yukon "Like Someone In Love." Paige sings these songs with great confidence and experience while Ingham propels matters with his swinging pianism. A fine cadre of fine supporting musicians provide the remaining seasoning for this swingfest, including bassist Ron McClure, drummer Arnie Wise and reeds player Bobby Porcelli. Queue up "What's New" and see what all the fuss is about (in a very finely crafted arrangement). This recording is a grand introduction to the music of Johnny Burke. 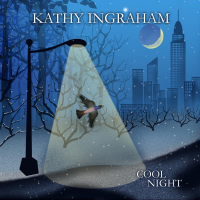 Vocalist Kathy Ingraham has released her debut recording Cool Night after floating several singles. Her debut is a collection of 10 original recordings that are supported nominally by a jazz piano trio made up of pianist Pete Levin, bassist Will Lee, and drummer Joel Rosenblatt with several notable soloists. But this is a hybrid of jazz and popular music. The opener, "Prelude to Your Kiss," is a pristine and soulful but of modern R&B augmented with properly arranged background vocals and a muted bell blown through expertly by Michael Leonhart and Chris Pasin. "Sail Away Tropea" smacks of a much more convention adult contemporary sound on the back of Levin's electric piano. The title song is dark and almost bluesy was it not for contemporary feel pushed over Eric Lawrence's baritone saxophone. Hook-filled and foot-tapping, this is very fine and swinging music. Ingraham's voice is pliable and obedient and the singer knows well how to use it. Originally composed jazz vocals is a hard crowd, but Ingraham assembles an altogether satisfying and enjoyable recital in Cool Night.