By MIKE JACOBS
March 24, 2021
Sign in to view read count
In this installment of BackTracks we take a look at five albums that not only helped expand the jazz paradigm, but also helped establish the band as a re-merging entity (and an ethos) in jazz. 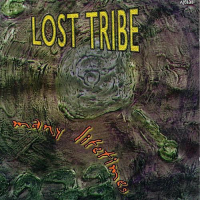 In 1998, a first listen to this album could understandably have been a bit of a shocker (or possibly even a letdown) to more than a few Lost Tribe fans. The two previous offerings put forth by the New York-based contingent—Lost Tribe (Windham Hill Jazz, 1993) and Soulfish (High Street 1994)—had been known for their wildly-inclusive, daringly-executed brand of fusion and gave no inkling of the stylistic left turn about to be taken on Many Lifetimes. The departure of guitarist David Gilmore beforehand was jolting in itself, but no more so than when the remaining four members chose to channel their considerable talents into more traditional jazz sonics for their third album. But if those reeling fans were open-eared enough to hang around after lamenting the loss of the distorted guitar riffs and the rock attitude, they were treated to an album bold enough to be understated yet rife with constructionist, deconstructionist and impressionistic creativity. Yes there's still undeniable heat that surfaces on Many Lifetimes but for the most part, it's been marshalled by those creative motivations into a subtler, yet no-less impressive burn. Perhaps most revelatory (with the aid of twenty-plus years of hindsight) is the case to be made that this, the group's swansong—with tracks like "Concentrics," "Quartet," "Prospice" and the stunning "Vevasis"—was innovative and prescient enough to leave more than a few directional markers for bands poised to open up the jazz paradigm further in the 2000s and beyond. Some left turn indeed. 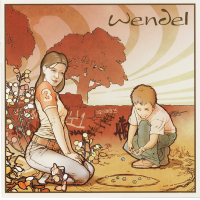 Though they initially chose to go by the saxophonist's surname and the line up hadn't fully solidified yet (trumpeter Shane Endsley was listed among the guests at this point), Wendel was for all intents and purposes Kneebody's first album. Indeed, the tracks "Kneebodi," "Touche," and "New Song For Quick Recovery'' all would play seamlessly if included on any of the band's subsequent albums for they already captured (or hinted at) the altered view, the fusing of pop and jazz sensibilities and the uncanny groupthink that would later become the Kneebody trademarks. Even the various outliers on the album—spare sketches, tunes with a vocal or two and a live cut—reveal the group's brilliance, if sometimes in a protean way. The mere existence of a track such as "Baseball Card Song'' in 2002 was enough of an eye-opener to make one want to double-down on anything these musicians put out in the future but even to ears with two added decades of evolution, this album remains as uniquely attractive as any in the Kneebody canon. 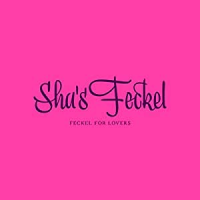 A side project for Sha along with Kaspar Rast (respectively, saxophonist and drummer for Nik Bärtsch's Ronin), Feckel was a continuation of sorts of their main collective's ground-breaking Swiss-minimalist jazz disciplines by slightly rockier means. Their first four-song live EP, Greatest Hits (Ronin Rhythm Records 2011)—containing two re-envisioned Oceansize covers and two originals— was an unexpected and refreshing blast but this full-length release may be the one to have since it includes the studio upgrades of the EP material plus four more Sha-penned tunes. The Bartsch teachings are still highly evident and welcome—(the Sha composition "A" pleased Bartsch enough to include a version of it on the following NBR release)—but If nothing else, it's a ripping treat to hear two of his Ronin going masterless (and a bit rogue) with some younger, like-minded accomplices. 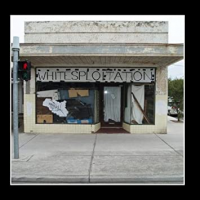 Though they would only release one more album a mere three years later before moving on to other things—(most notably keyboardist Simon Mavin joining Hiatus Kaiyote)—it's their six-song debut album that sounds as remarkably fresh as when it came out. While self-admittedly drawing some clear inspiration from the aforementioned Kneebody, these young, jazz-educated, rock-motivated Aussies left a bit of a mark with those who might have happened upon this fun, incisive set of tunes. There are still a few good videos floating around YouTube of Whitesploitation in performance but this album remains the best snapshot of the all-too short-lived band that could simultaneously evoke subtle grandeur and entertaining intricacy, all with the seemingly perfect amount of youthful, stick-out-your-tongue flippance.

In some respects, it is difficult to call Rudder jazz without expanding the definition of jazz itself. Indeed, their stylistic melting pot makes it hard to classify them at all, but considering those that were in the band—keyboardist Henry Hey, saxophonist Chris Cheek, bassist Tim Lefebvre and drummer Keith Carlock—it would be equally difficult for any open-minded jazz aficionado to simply ignore them. Though their tenure was short-lived—(the players found themselves too in-demand to keep the band together)— Rudder not only left a lasting sonic footprint but was arguably an important part of the resurgence of the bonafide band in jazz during the 2000s.

Of their two releases, Matorning may nudge ahead of their first— Rudder (Nineteen-Eight, 2007)—for it's slight cohesive edge and added momentum. In addition to it being tough to classify, the music is fun, brilliant, irreverently witty and feels like it was birthed in a way that only a real band can. Hey's knack for turning varieties of keyboard-induced cheese into golden goodness may be the lip-smacking secret sauce here but it's really the esprit de corps that provides the truly addictive umami. In their musical ways, Matorning and Rudder itself are reminiscent of that mysterious combination of street-food and city life aromas you encounter in The Big Apple—once merged they form this inseparable, unidentifiable entity that somehow just screams "New York." So debate as ye may whether it's jazz, it matters not. It still just screams "Rudder," and the music is definitely worth sinking your ears into.

Tracks: A; Crush; Build Us A Rocket Then; VEN; Massive Bereavement; On King Bolete; Knarrho View; 48. 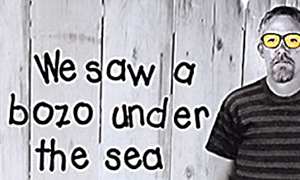