By Troy Collins
November 10, 2009
Sign in to view read count 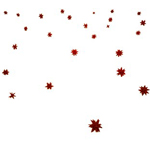 Composer, bandleader and Tzadik label founder John Zorn has long honored women in the arts, through dedications such as "Redbird" (for Agnes Martin), "Duras" (for Marguerite Duras) and "In the Very Eye of Night" (for Maya Deren), and through Tzadik's Oracles Series, which "celebrates the diversity and creativity of women in experimental music." Femina is his first piece performed by an all female ensemble and is dedicated to women artists of various disciplines, including Hildegard von Bingen, Louis Bourgeois, Gertrude Stein, Sylvia Plath, Meredith Monk and Yoko Ono, among many others.

Contained in an intricate die-cut case, with a gorgeous 52 page booklet of images by artist Kiki Smith, the score is as sophisticated as the packaging. A single long form piece broken into four parts, each section is conducted by Zorn using his venerable file card system—the same device used in the cinematic "Spillane" and "Godard" compositions of the late 1980s. Unfolding with its own sense of oblique internal logic, the highly evocative work is punctuated by brief interludes of terse dissonance and dramatic atonality, providing stark contrast to the compositions' languid, episodic development.

The lyrical 35-minute piece lurches briskly from one mood to the next, vacillating from wispy introspective glissandos and airy impressionistic swells to concise thickets of caterwauling frenzy. Choi and Lee's soaring arco lines intertwine with Courvoisier and Emanuel's scintillating filigrees, while Dunkelman and Mori provide kaleidoscopic textural accents that vary from hypnotic tribalism to glitchy electronica.

In terms of aesthetics, Femina hearkens back to Zorn's early jump-cut style of writing and composing, bolstered by his current fascination with conventionally tuneful melodies and harmonies. Parts one through three oscillate through an array of moods and dynamics, with the final "End Titles" section making implicit Zorn's love of visual media. Reminiscent of his lounge music oriented Dreamers project, the coda unfolds gracefully, with the ensemble's delicate pizzicato dancing into the ether over a lilting modal vamp, quietly closing the curtain on one of his most sublime creations.