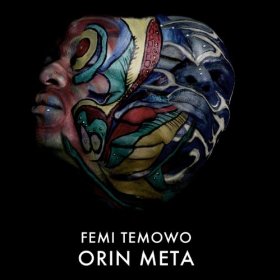 The British jazz and black music scene started beating a path to guitarist Femi Temowo's door ten years ago. No sooner had he graduated from Middlesex University with a degree in Jazz Studies than he was featured on jazz, rap and samples group Us3's An Ordinary Day In An Unusual Place (Universal, 2001). Then, in 2003, he joined alto saxophonist Soweto Kinch's band, with which he recorded its debut, Mercury Music Prize-nominated album, Conversations With The Unseen (Dune, 2004). Also in 2003, singer Amy Winehouse appointed him music director of her band and Temowo was featured on her debut, Frank (Island, 2003).

It would be neat to report that "the rest, as they say, is history." But, since 2003, Temowo's trajectory has been steady rather than spectacular. He recorded a second album with Kinch, A Life In The Day Of B19: Tales Of The Tower Block (Dune, 2006), and his own debut, Quiet Storm (Femitone, 2006). The Kinch set was widely lauded, Quiet Storm less so.

Listening to it today, Temowo says that his debut sounds "like I'm clearing my throat." The follow-up, Orin Meta, is altogether more impressive: an engaging mélange of guitarist Wes Montgomery's funky and mellifluous hard bop, Temowo's Yoruba roots (he relocated from Nigeria to London in 1986, aged 10), and the Pat Metheny (Temowo rates Metheny as a guitarist, but prefers him as a composer).

The core lineup on both Temowo's albums is a quartet including two colleagues from the Kinch group, bassist Michael Olatuja and drummer Troy Miller, and a keyboardist, Sam Best on the debut, Grant Windsor on Orin Meta. On the new album, the quartet is expanded on half the tracks by saxophonist Jean Toussaint and talking drummer Ayan De First—and, on the opening track, by a dozen or so guest soloists (including Kinch) and a 40-piece choir. A string trio is featured on another track to winning effect (see below).

Orin Meta is centered, loosely, around the Yoruban tradition of storytelling, and the 10:29 minute opener, "The Storyteller's Psalm," in which each soloist passes the baton to the next player rather like a storyteller passes on his corpus to his successor, establishes the theme. Subsequent tracks focus on individual Yoruban folk tales, about which Temowo ruminates in the 12-page liner booklet. Standouts include the samba-informed "Asiko Aye," featuring vocalist Cleveland Watkiss (and a fat B3 solo from Windsor); the Metheny-esque "Felicia's Song" and "The Drummer's Call;" the intensely Yoruban, two-part "Sunmo Mi;" and the bluesy, Montgomery-esque "Years Of Blue," a 7:20 minute trio workout.

The string trio are featured behind Temowo's solo on the first couple of minutes of "Like A Peaceful River," creating an ambiance similar to that of saxophonist Stan Getz's Focus (Verve, 1961) and its juxtaposition of freewheeling improviser and bittersweet, Eddie Sauter-arranged strings. Temowo's arranging excels here, and it is a pity he chose not to extend the strings into the second half of the track, behind Toussaint's tenor solo. Perhaps he felt it would resonate too literally with Focus. But if these few minutes of strings are indicative, they suggest that Temowo could produce a with-strings album as interesting as British guitarist Phil Robson's Six Strings & The Beat (Babel, 2008).