BY IAN PATTERSON
February 26, 2015
Sign in to view read count 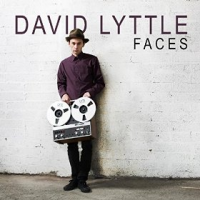 The thirty-second cello sortie that kicks off Faces is an arresting opening statement that dashes any preconceptions about what to expect from David Lyttle's third outing as leader. While the acoustic True Story (Lyte Records, 2007) and Questions (Lyte Records, 2010)—the latter a swinging collaboration with guitar wunderkind Andreas Varady—helped establish Lyttle's credentials as a first-rate jazz drummer, Interlude (Lyte Records, 2012) revamped the template by adding hip-hop and soul to the mix. Faces proclaims an even bolder skewing of genres, with New Orleans funk, uber-catchy pop and gospel-tinged soul rubbing shoulders with smoldering jazz improvisation and contemporary urban rhythms and vocals.

In addition to cello and drums, Lyttle also plays keyboards, bass guitar and adds vocals but this is far from a one-man show. Five singers, three rappers and a bevy of woodwind, brass and stringed instruments combine in various ensemble settings, resulting in tunes that are as diverse as they are infectious. The standout guest artist is arguably Joe Lovano, whose mellifluous tenor solo on "Lullaby of the Lost" is as soulful as anything he's previously recorded; rappers Illspokkin and Homecut share vocal duties either side of Lovano on this gently seductive tune.

Every tune is undoubtedly radio friendly but highly diverse at that: pianist Jason Rebello, John Leighton on organ and Anne Lyttle's vocals on the softly bluesy ballad "Seek" take us to gospel church; Rhea Lyttle and Jean Toussaint's mellow funk owes more to soul disco; Cleveland Watkiss's scatting on the swinging title track draws exuberantly from the bebop tradition and flirts with Bobby McFerrin's idiom at the same time.

"I wish I was free like jazz" sings Homecut on "To Be Free"; Lyttle pursues the sort of musical freedom that enables him to openly embrace all the music that resonates with him. He hasn't turned his back on jazz, but merely opened himself further to the music encountered on his regular globe-trotting, from Belfast to Brooklyn and from London to Louisiana. Lyttle exhibits the same panache for writing as he exercises with his sticks; with every track a polished gem Faces is potentially the feel-good cross-over album of the year.