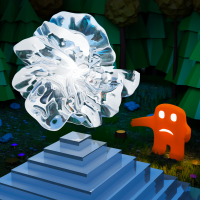 The coupling of jazz and dance music is hardly a new one and, contrary to the dictats of the jazz police, neither is it antithetical. Jazz began as dance music and enjoyed its most widespread popular success during the jitterbug-crazed swing era. But 21st century electronic dance music does present a unique challenge. By its nature, edm can dominate things: big beats and squelching basslines tend to be non-negotiable.

To make the partnership work, its practitioners need to be both jazz and edm adepts. Such folk exist and they are multiplying. Which is just as well, for the roll of dishonour, peopled in the main by musically illiterate DJs, has inflicted some bloody car crashes on us. One of the first was DJ CAM's catastrophic treatment of "In A Silent Way" on Panthalassa: The Remixes (CBS, 1999), an album of re-remixes of Bill Laswell's Panthalassa: The Music Of Miles Davis 1969-74 (CBS, 1998). By Laswell's standards, incidentally, Panthalassa was an empathetic outing, but if they had had more imagination, CBS would have asked Jon Hassell to do it.

London-based trio Zeñel are on the right track. Each of an age to have grown up with edm, drummer Zoe Pascal, keyboardist Noah Stoneman and trumpeter and electronicist Laurence Wilkins are also technically assured jazz musicians. They know how to fill a floor and they also know the meaning of nuance. The "thank you" list on Extreme Sports, the group's debut album, includes Gary Crosby, the enabling hero behind London's 2020 alternative jazz scene. Zeñel came up through Crosby's Tomorrow's Warriors outreach project, where the musicians were taught by the likes of scene auteur Binker Golding. Also going in Zeñel's favour is that the group came together in 2016 and has racked up sufficient face time together to work as a unit.

If you like big beats and squelching basslines and also enjoy inventive jazz, Extreme Sports is for you.