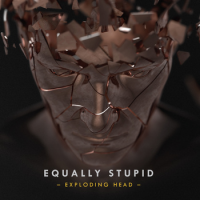 This first album released on Eclipse Music by 3 Nordic young male improvisers sees the fruit of time spent together in small practice rooms. It is tight, driving music, often with more than an occasional comic twist in the tail. With an eye, or probably more a highly tuned ear, to the dance-ability of their music they have produced an album that has more than an element of Klezmer as well as free-form jazz alongside contemporary rock in its insistent and powerful rhythms. This underlines why northern European jazz is at the forefront of more accessible modern jazz these days.

Describing their sound as 'imaginative, rhythmic, furious, intense, raw yet melodic' on his own website, principal writer Sigurdur Rögnvaldsson captures the essence of this new line-up. To this list one might add 'driving, frenetic and insistent' which unfortunately detracts from the element of reflectiveness that Rögnvaldsson also brings to his composition. But the straightforward attack-mode is as much due to saxophonist Pauli Lyytinen as to the prime composer himself. In other significant Nordic projects, both Rögnvaldsson and Lyytinen have played with Finnish rock drummer Tatu Rönkkä, though here these duties are very ably performed by the Swiss David Maier.

Maybe Rögnvaldsson brings an element of Icelandic other-worldliness to this driven rhythmic approach but it is essentially in the tight interplay between him and Lyytinen through many shades of rhythm and texture that the essence of the band's appeal is created. The time sequences are not overtly awkward and, combined with textures that are relatively untreated as well as sticking to the intimate trio format, he guarantees that the sound is tight. Elements of Raoul Björkenheim's influence might be suspected (the two guitarists having performed together), as well as elements of Lyytinen's own native lyricism. This is truly rewarding improvisational music, with the two leading instruments straining for boundaries of affinitive dissonance in an appealing percussive soundscape.

Exploding Head; The Gist of it; Cosmic Ray; Towards the Edge; Lost Psalm from Savo; Deserted Paradise; Turkish Robbery; Disbelief.