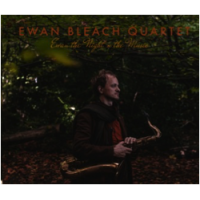 There are probably very people around in 2022 who could claim to remember a jazz controversy that pitted "moldy figs" against "progressives." In the 1940s and the 1950s, provoked in part by the advent of bebop, but, going back to the swing era, partisans of what was termed "New Orleans" style jazz or, pejoratively, "Dixieland," were ostensibly pitted against the more modern styles. It was no joke. Guitarist Eddie Condon was said to have remarked (guess which school he was from), "They flat their fifths. We drink ours." And an outstanding proponent of the modernists, Leonard Feather, became the eponymous hero of a tune trumpeter Muggsy Spanier wrote, "Feather Brain Blues." It is small wonder that when some players came up in the 1970s trying to bridge the gap, like Warren Vache, they sometimes found themselves on the defensive. "It's music," Vaché remarked, adding that he did not think it made much difference what style someone played. Not everyone was, or is, quite so broadminded.

It is difficult not to be reminded of this sorry history—inevitably oversimplified here—when listening to The Ewan Bleach Quartet's debut album. Bleach, a reed player, is based in London, but has traveled in the United States as well. He is an admirer of Sidney Bechet and Lester Young. Bleach and his band play beautifully. While the tunes are standards and very much done in a "traditional" vein, they are not repertory pieces, but adaptations and reworkings of the originals: "music for melting in your chair at the end of a hard day." That they are, and more.

"Body and Soul, " a tenor feature, shimmers, built latterly on a kind of Coleman Hawkins contrafact. Bleach's soprano on "Deep Purple" is exquisitely embroidered. Hearing the verse on "Memories of You," a tune often associated with Sonny Dunham's trumpet, really takes on an entirely different feel, more plaintive than urgent. Bleach gives over a chorus and the bridge to the rest of the band, admirably played. A favorite? "Ewan The Night and the Music," really does evoke both Sidney Bechet and Lester Young simultaneously, in itself a comment on how fatuous the "controversy" about traditional as against modern was (and is). And no, Johnny Hodges, whom Bleach does not in the slightest evoke, did not own Duke Ellington's "Prelude to a Kiss." "When I Grow Too Old To Dream" is, somehow appropriately, taken at waltz time. "The Very Thought of You" is another clarinet feature. The session closes with "The Nearness of You."

The musicians accompanying Bleach all execute deftly. The rhythm guitar, done by John Kelley and Martin Wheatley, is especially effective. It might be possible to find a more soulful and evocative set of performances in this vein, but it would surely be a challenge.

Body and Soul; Deep Purple; Memories of You: Prelude to a Kiss; When I Grow Too Old To Dream; The Very Thought of You; The Nearness of You.