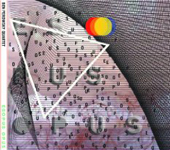 A ubiquitous presence in the Downtown New York scene, drummer Ben Perowsky founded and co-led the proto-fusion band Lost Tribe, served in Elysian Fields, Joan as Policewoman, and the Lounge Lizards, while continuing to perform sideman duties for Steven Bernstein, Uri Caine, Dave Douglas, and John Zorn, among others.

Despite similarities in personnel, Perowsky approaches writing for the same basic instrumentation from a different angle, drawing deeper from folk forms and popular music than Hollenbeck, whose more formal approach embraces aspects of neo-classicism and minimalism. Like two sides of the same coin, Perowsky uses a similar palette to obtain different results; his appealingly ragged tunes are more akin to punk rock than classical music.

A latecomer to jazz, Perowsky spent his formative years playing in rock bands. His choice of cover tunes reveals a fondness for the genre, with a knack for creatively reinterpreting straightforward pop melodies without abstracting them beyond recognition. Jimi Hendrix's "Manic Depression" is given a spirited collective treatment, while George Harrison's epic "Within You Without You" slowly builds in poignancy. Bolstered by Reichman's soaring accordion, Hermeto Pascoal's lush "Nem Um Talvez" enjoys a colorful reading, while The Beatles' tender "Flying" exemplifies unadorned splendor.

Eclectic to a fault, the album's original tunes veer from funky blues ("Key Lime") and cartoonish ebullience ("Esopus Opus") to testimonial Gospel ("Murnau on the Bayou") and a modal waltz ("Present Distance"). Perowsky even internalizes the classic rock of his youth, liberally quoting Argent's 1972 hit "Hold Your Head Up" on the moody closer, "Red Hook."

Beyond the catchy tunes, the record's lasting appeal rests in the stellar capabilities of Perowsky's veteran sidemen. Gress' subterranean bottom end complements the leader's percussive thrashings with machine-like precision while Reichman's rich chordal voicings lend an exotic air; his sonorous pedal tones provide the group with a vast, expansive sound. Playing clarinet for the majority of the session, Speed delivers a number of breathtaking statements, most notably on the John Coltrane-esque "Present Distance," which features a lengthy, unfettered tenor solo—something one rarely hears on his own records.

A compelling statement from an up and coming new voice, Esopus Opus is a raw, enthusiastic exploration of the endless possibilities of contemporary music.