Emma Frank: Well-Rounded And Quite Frank 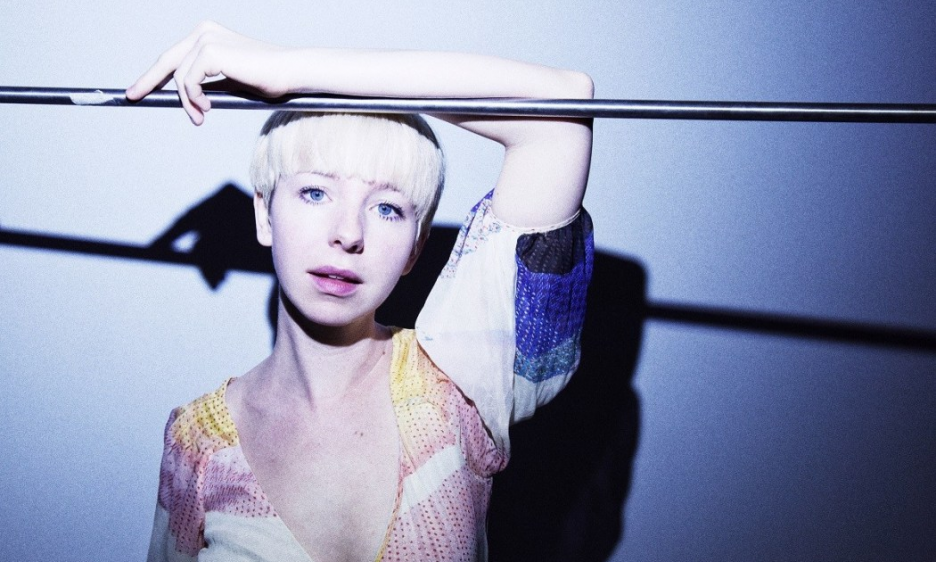 By FRIEDRICH KUNZMANN
August 1, 2019
Sign in to view read count

It’s important to me to play with musicians who I feel are deeply connected to the emotional content of the music we make.

Among today's protagonists, breaking the boundaries between what vocal jazz should and folk or singer-songwriter music can be—Gretchen Parlato, Esperanza Spalding or Rebecca Martin come to mind—Boston-born and raised Emma Frank is deservedly making a name for herself. On her last outing Ocean Av (Susan Records, 2018) the singer's songwriting demonstrates the perfect balance between elaborate harmonies, the melodic immediacy of catchy choruses and dynamic rhythmic intricacies that are paired with refined lyrics. Of course, being backed by a band featuring the likes of pianist Aaron Parks and drummer Jim Black doesn't prove an inconvenience for the level of sophistication presented on this album either. The success of Ocean Av served as a sort of launch pad for her first couple-date tour in Europe in January. In light of that run of shows, Frank took a few moments to sit down with All About Jazz at the Porgy & Bess in Vienna, just prior to her dazzling and intimate set, and talked about current and upcoming stirrings, such as her new album Come Back (Justin Time Records) which is to be released on September 6th. But rather than getting right to the point, Frank prefers talking about the bigger picture, everything that is part of her and has had an influence on her, much as the lyrics on Ocen Av reflect.

"I think I was obsessed, and maybe still am, with being well-rounded on all the matters of the universe," as she explains her decision to have studied literature at the McGill University in Montreal, Canada. "But honestly, I ended up studying it because, for the first time, I had to choose one specific subject as opposed to just learning it all." Growing up with a by-day economics professor and by-avocation opera singer for a mother, Frank naturally was educated in a wide spectrum of disciplines from early on, though her voice has always been her main vehicle and her vocal-coach her closest of kin. "I would get in trouble if I used my voice incorrectly" she recalls her mother's rigorous teaching with a smirk. From there, Frank went on to take piano lessons and continued to switch back and forth between voice and keys until she finally decided to move to Canada for her studies.

Apart from spending her days in the claws of "Dante's Inferno" or "Paradise Lost," Frank frequents the city's music clubs and collaborates with different bands, from performing jazz standards to R&B Soul and Indie music. In addition to recording an EP, made up of beat-based music and soul influences, she takes part in the Hip-Hop/Soul-Collective, Kalmunity Vibe Collective: "At this point my songwriting became influenced by all of these various projects and when it came to performing a few of my original songs I immediately called up a couple of friends, who's improvisation style I knew and loved." She talks about her love for improvisation and improvised music, how it makes her feel and how it transforms composed foundations into something completely new, only to subtly find her way back to the basic form, much like the structures outlined in the songs on Ocean Av. She refers directly to Gretchen Parlato when citing her main influences in terms of songwriting, as mentioned in an interview with Will Layman for PopMatters in January of last year: "I thought a lot about Gretchen Parlato and her first album The Lost and Found and also In a Dream, and how she constructed songs that lead effortlessly into improvisation and back again."

When it came to her inevitable move to the Big Apple in 2015, Frank insists that at the time she was "not moving for music. With all the time and community grants I'd received in Montreal I figured out a kind of process of songwriting for myself. I figured out how much solitude I need, I came to realize that I don't thrive creatively by going to jam sessions and staying out late every night. But most of all I figured out that it's important to me to play with musicians who I feel are deeply connected to the emotional content of the music we make. I explicitly didn't want to go to New York and just try and call 'the best guys' but hoped for something more natural and instinctual to come along." As it turns out, the names of the musicians on her latest and upcoming record are pretty big, nonetheless. New York-based sound and piano wizard Aaron Parks has repeatedly won critical acclaim from his debut recording Invisible Cinema (Blue Note Records, 2008) onward, while drummer Jim Black has been just about everywhere, from playing with Kurt Rosenwinkel in Human Feel to handling the sticks as a sideman for Dave Douglas, Carlos Bica and the list goes on and on. Frank elaborates on how she met with and knew about Parks: "[He] was the pianist on my first voice teacher's album (Amanda Baisinger). At the time he was only 19 and I listened to it for years. I've always loved the way that he embodies a song as an improviser in such a melodic way and how he plays in such close relation to the actual content of the song. It doesn't necessarily feel like jazz but something independent from that. So, when we met, making music together came quite naturally." It didn't take much convincing on the part of Jim Black either, but a quick "Do you want to play my music?" and an even shorter "yes!." The musicians seamlessly join forces on Ocean Av and fill the spacious compositions with precise accents and ornamentations, that support Frank's hovering voice in a most harmonious fashion. Little rhythmic exercises and tempo changes are complete routine for Black's experienced drumming while Parks' melodic instinct seems, true to Frank's words, very at home in the frames of Frank's compositions.

On her compositional process, if and to what extent the musicians on her album are involved in it, Frank explains: "As compared to some of my peers, who's music often is thoroughly through-composed, I just come in with a general idea of what I play on piano and how I sing. Which would be a nightmare for some musicians of course. But with these guys it's just fun, because they end up having a more active role in the process of building something collectively and have something new to add. There were a lot of places on Ocean Av where Aaron was wondering about the changes in pace or measure and he helped structure it. He also added a lot of great harmonies in his chord work, which I wouldn't have been able to come up with on piano. On "Sunless Morning" for example, he wrote that main melodic figure the piano opens the song with." Another musician playing a big part in the overall sound of the record is the guitarist and producer Franky Rousseau, whom Frank knows from her time in Montreal: "He's so incredibly gifted. He did a lot of the arranging on this album. I'd actually worked with him before on a chamber-folk-opera that he'd written."

Of course, upon moving to New York, not everything just magically works out straight from the start. Tall buildings, expensive costs of living and crowds of people famously leave the individual feeling a bit disoriented and alone. Another big reason however, which lead to her moving, was for her significant other (whom, in the meantime, she is happily married to). And contrary to being confined to her established role as a musician and songwriter in the much smaller community in Montreal, New York offers her the freedom to try out new things, work different jobs and find a balance between music and the other things in life that intrigue her. At the time of this interview, for example, she works as a waitress for the Manhatten-based restaurant Prune, which is led by award-nominated chef Gabrielle Hamilton: "I honestly find it fulfilling. Mentally as well as emotionally. On the other hand, a big part of my identity is of course wrapped up in being an artist. Therefore New York has felt easier the more musicians I've met and played with."

Being on her first European tour, she can be sure that her prolific and inspired work in New York is starting to pay off and that her efforts are bearing fruit: "It's only a seven day tour, but I feel like I've been planning and talking about it for so much longer! I've been wanting to visit and perform in Europe for the longest time. Some of my favorite musical influences are from here, such as the bassist Skûli Sverrisson and this is the first time that I've been able to make it happen so I'm really happy about it."

And as if that wasn't enough, the next album is already recorded, mastered and ready to be released unto the world and carries the title Come Back. The record differs from what Ocean Av sounded like: "A goal that I set out with was to focus on a more cinematic sound but in a single-format, when it comes to the song structure. I've been listening to a lot of Blake Mills, my friend Julie Easterlin and her project Hite. I stumbled upon Aoife O'Donovan and her song "The King of All Birds," which Grabiel Kahane arranged the strings for. So, I had this series of songs which had a strong influence on my writing for this album, due to them being so carefully and lovingly constructed. I gave myself permission with this record to write more simple songs and not to over-complicate things. Then, on the other hand, it also feels like a sort of extension of Ocean Av as well.

Come Back , out on September 6th on all the usual platforms, represents Frank's debut album for Justin Time records and features eight new self-penned tracks and an intimately arranged and performed cover of Wilco's "Either Way." While an extension of the sound found on her previous album, Come Back feels more confident, lyrically as well as compositionally, and demonstrates a singer who has found her place and owns it with determination and poise.