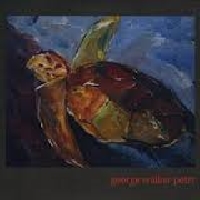 Guitarist (and bassist) George Walker Petit originally got into the recording side of the music business (in 1979) because he was not hearing in playback or the final product that which he had heard in his mind while he was playing. Along the way he built up quite a reputation as the "go-to" guy who, since he was originally a player himself, could work with the musicians in capturing what they were hearing. Eventually, in 2001, he opened a recording studio in downtown Manhattan.

However, Petit realized that recording and perfecting the sound of other people's music was not completely satisfying and he put out a musical statement of his own with the ...End Of August, showing himself to be an excellent composer, arranger and multi-instrument player, as well as a superb engineer.

Now, almost a decade later, Petit, who is now in his mid-fifties, wants to emerge from behind the recording equipment and get back to his real first loves —writing tunes and playing guitar —as well as recording it all (sort of a musical mid-life crisis...). After much concentrated effort, the result is Emergence, a double-CD cornucopia of music in many and quite varied styles and moods.

Bringing back Mark Dodge (drums and marimba) and Justin Flynn (saxophones, flute and alto flute) from the earlier album, and adding bassist Phil Palombi and keyboardist Matthew Fries, Petit lays before us twenty tracks —mostly originals, a cover or two, and a couple of standards (is Joni Mitchell's "Both Sides Now" a cover or a standard?).

The first thing to notice is the sound itself; everything is crystal clear, well-placed spatially (left and right, front and back). The arrangements all feel organic and in a sense, not there at all. Secondly, because the same group recorded everything, there is a palpable feeling of a "band" performing with each member interacting with the others, helped, of course, by the "non-arrangements." Thirdly, the man can flat-out play the guitar, in almost any style you might want.

It is unfortunate that the extensive, stream-of-consciousness notes to each track did not end up being packaged with the CD. Each tune has a story, sometimes quite humorous, and at other times highly emotional. There is also much information in the nitty-gritty, somewhat nerdy, details of the numerous guitars, amplifiers, pedals and much other equipment that has gone into producing the sound of the music coming out of the speakers.

That information is but icing, however, and is not missed, because the music (the most important thing) is all deeply felt, intensely human and full of emotion; it is warm and inviting, very easy to listen to (but not "easy listening" by any means) and surprisingly involving. "Surprising" is the word to use here, because although the album was made as a statement of purpose (at least for Petit himself), because of the many different styles laid down, there is no single message and no overt musical aesthetic for the listener to parse.

And yet, despite the track-to-track changes of style and mood, the sheer joy of being able to communicate heart-to-heart comes through loud and clear, which only proves how good an engineer he is. The proof of the pudding for this listener is Petit's arrangement of Joni Mitchell's iconic "Both Sides Now" where he finds the perfect balance between paying tribute to Mitchell's tune and the deep emotions that brought him to do it in the first place, while not drowning in the maudlin. Sparse and beautiful, it is hard now to hear it any other way.

To give you an idea of the influences Petit draws on and the technical minutia that goes into producing his music here are the notes to the title tune "Emergence," maintaining Petit's writing style:

Microcosm of the album. Five sections, styles of music...tons of instruments, influences and sounds. I hear Metheny, Bacharach...all sorts of stuff. Making this all hang together was the challenge. I think I got it. This tune evolved over two years. It defies category for me. It's an adventure...from the cowboy guitar in one section to the 'prepared guitar' sound later on...to the statement of melody in place of a solo later still. So many elements I wanted to communicate...the mystery of the melody/chord pattern going into the end of the tune...hard to really describe what I was after...but this is it. The guys played great...Mark playing marimba, Phil playing fretless...both acoustic and electric pianos...great drumming...

Guitars? HA! You name it. The opening line is pure maple telecaster and compressor...the strumming parts are all Santa Cruz. The first chord melody is on the rosewood/humbucker tele...but the L5 is on the tune, too! Then there is the kalimba-like guitar. That's a strat with a plastic drinking straw in between the strings. Then there's some cowboy single note stuff...and that is a tele. Then some chords later on whammy bar strat, ultra compressed...which also plays some single note stuff before the 'kalimba.' The melody/chord passage after that is a pair of guitars—chords on strat with whammy bar though the Carr Impala...and then single note melody on the tele with the humbucker! The swells in the background are strats, of course....and that final solo/melody is the tele again...the rosewood.

So...how many guitars on this one? Just enough. :)

As an aside, reedman Flynn also appears on Nathan Parker Smith's completely different Not Dark Yet.

Emergence signals that a master musician and a deep and complex human being is doing what he wants to do, as well as what he feels he is meant to do.