Elizabeth Shepherd: A Jewel is Born 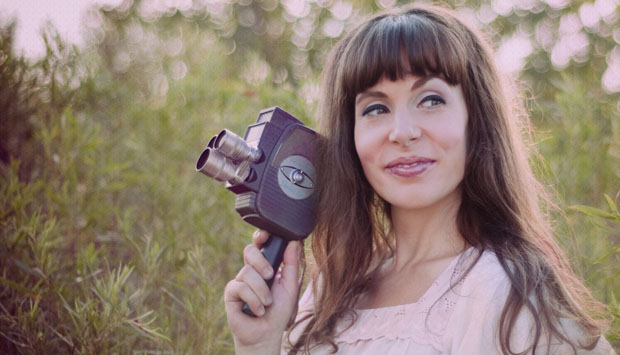 view slideshow
BY ANTHONY KING
April 25, 2012
Sign in to view read count
When a fetus becomes the impetus. "Impetus" is a favored word lobbed by Elizabeth Shepherd into the conversation these days as she takes a deep breath and plunges into the great unknown of traveling on the road with a family. The winsome vocalist and jazz pianist had her first child six months ago and has unplugged her tribe from their downtown Toronto home to cover Canada, literally performing dates from Nanaimo, B.C. to St. Johns, Nfld. "Gosh, that's the hope; it's still a huge uncertainty at this point because I haven't done it yet," muses Shepherd. "If I've learned anything in the first six months of being a parent, you have to let go of all expectations of anything, because they will just be thwarted anyway." That said, Shepherd is a jazz musician, and improvising is has been ingrained in her psyche. "I've never been as flexible as I am now, there's a certain openness that comes with being a parent."

The tour follows the release of Shepherd's Rewind (Pinwheel Music, 2012), which officially hit the streets and avenues of the virtual superhighway and record stores on April 10, 2012, and is available for download, with a limited edition vinyl pressing also in the works.

For Shepherd, jumping onboard the tour bus comes as naturally as childbirth—replete with the requisite pains—but the manouche spirit permeates her very soul. "My parents were Salvation Army ministers from the time I was two until about three years ago. When you become a full-time minister with the Salvation Army, you open yourself up to be appointed anywhere; the army brats and I would have a lot in common," confesses Shepherd. And though such a lifestyle can often lead to solitary childhood, in Shepherd's case spending formative years in France would have an ineffable effect on her sound and musical tastes. "In moving to France I was exposed to a great variety of things. The music you heard on the radio was quite different; it was far more diverse that what typical radio was in Canada."

Though the seeds of a career in jazz were planted in Europe, ironically it was when she returned to Canada to study jazz at McGill University that Shepherd came to embrace the fruits of great songwriting. "'Love for Sale' is one of those tunes that really stayed with me all of those years," she says. So much so, that Cole Porter's unassailably beautiful song opens up the new album. "There is a certain sadness and weight to the lyrics, but at the same time it's the oldest profession, it's a song about prostitution," says Shepherd. "I kind of wanted to infuse it with a little more power, not treat the lyrics as lightly as they have been in the past."

Somewhere in the hallowed halls of every jazz school is a rather haggard-looking pianist hunched over the keyboard, looking like the Grinch on the morning after an all-night bender, thinking, "Please, not another version of 'All the Things You Are.'" Shepherd would be no exception. "When I went to school we had to learn 60 to 80 standards; that was really the bare minimum requirement in jazz school. My first gig, before I even considered being a professional musician, I took because I needed money. I was actually waitressing and they noticed on my CV that I played piano; they asked if I would play because the house pianist was going on vacation. I had to learn a whole bunch of tunes and fell into that gig for three years." 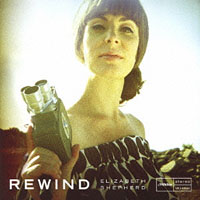 And if a career is born out of necessity—in this case the need to eat, and there is something magical in watching a talent come to life because of providence—then Shepherd knows the road is not paved with yellow bricks, and every jazz player must pay his/her dues. And so she learned a litany of songs from jazz standards and chanson to pop tunes, and played, and played and played. So much so, that she earned the right to bank studio time and sculpt her own material, which figures prominently on her debut disc, Start to Move (Pinwheel Music, 2006).

Three well-respected albums later, chock-full of delicious observations on contemporary society and accessible grooves—all punctuated by Elizabeth Shepherd's uncanny gift for writing melodies that stick—fast forward to Rewind, a collection of cover tunes. "I think there's a beauty in hearing tunes that come to the public, because they are covered in a certain unique way. I've found that given a chance to reinterpret a song you can find real beauty there." Shepherd goes on to justify her decision by saying, "I wanted to take some tunes that maybe didn't quite make it into the jazz canon, as way of uncovering them I can maybe bring them to light, and have people say 'Wow, that's actually a great tune.'"

Placing the needle gingerly into the groove (pun intended), Rewind does not disappoint in unearthing a few gems that may not have had their fare share of time in the spotlight; in particular, "Lonely House" sees Shepherd's ethereal voice hanging in the air like the wisp of tinsel dangling from a fir tree late at night on Christmas Eve. The ethereal wanderings of "Lonely House" do not, however, tell the whole story: Rewind also features funk and soul sounds parsed with jazz harmonies that characterize the flavor of Shepherd's earlier releases—though the exception, in this instance, is that her piano spends much of the time riding in the sidecar. "I was really drawing on more of a folk tradition in how to present the songs. In jazz, the lyrics often get bogged down in the harmony and the complexity, but when you're talking about a song with lyrics, the main thing is the narrative of the tune, and if that gets obscured then I feel like you've kind of missed the point." 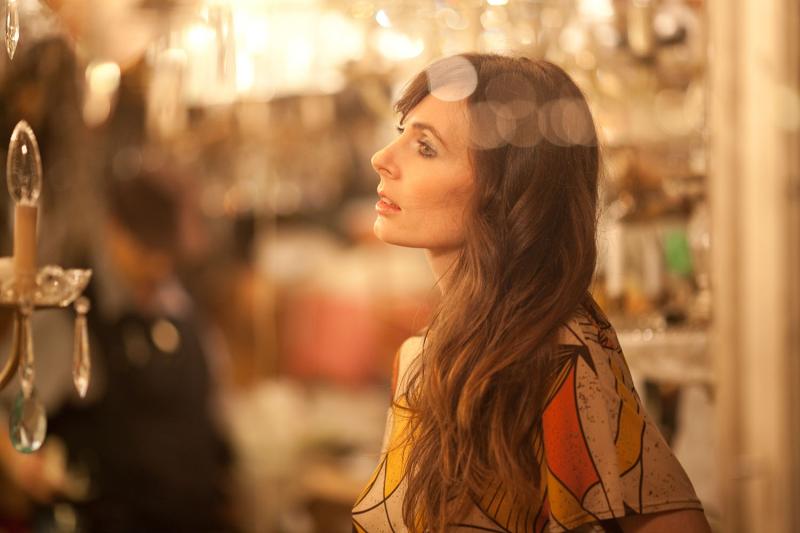 The paradox of any contemporary record of cover tunes is that it must deftly attempt to blend the past with the present in a way that suffuses the two into something unique. Presented with this option even the most road-weary music veteran may balk; but in Shepherd's case the evolution of embracing the past was a natural one. "The impetus for this album was when I was in Japan touring Heavy Falls the Night (Pinwheel Music, 2010), and some A&R reps approached me to do a standards album. I dismissed the idea at the time, but then when I was four-months pregnant, I thought, 'Okay what are my limitations? Things are going to change; a new album of original material is just not going to happen under the circumstances.'" Confronted with the limitations of bringing a new person into the world, Shepherd was undaunted and pursued what felt like the only option, "Realizing that I would have nothing to keep me busy for the last five months of pregnancy and nothing to look forward to after the baby was born, I revisited the idea of covers, knowing it was something I could record and be connected to."

That said, Rewind is not a direct homage to Shepherd's daughter, and it's not an album designed to assuage tears, or throw on the turntable to induce heavy little eyelids. In fact, Shepherd indicates that this is a far cry from singing, "Love for Sale" to induce sleep (a beautiful tune, but perhaps not the first lullaby that comes to mind. "My daughter informed the process all along the way; I could feel her growing in me, we would be in the studio and she would have the hiccups while I was trying to sing, and we would just crack up laughing. So, she informed the process, she is in there." Shepherd says in her mellifluous voice, "Now I realize that though, in the beginning the album came from a place of apprehension, I ended up with something where I can sit down with her 15 years from now—if she wants—and say, you are in there, you are a great part of this."

All Photos: Courtesy of Elizabeth Shepherd