By JOHN KELMAN
October 3, 2005
Sign in to view read count 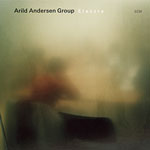 With the exception of saxophonist Jan Garbarek, fellow Norwegian Arild Andersen—who has a considerably smaller discography as a leader—has created some of the ECM label's most stylistically diverse music since the early 1970s. From exploring the nexus of traditional folk music and improvisation on Sagn to the fusion-centric Molde Concert, the spontaneous composition of Karta and the Nordic Cool-meets-string quartet of Hyperborean, Andersen has explored a host of different angles from which to approach his personal jazz-centricity. And by combining a deeply resonant pizzicato bass approach—owing as much to electric bassist Jaco Pastorius as to the more usual suspects—with the use of real-time looping and a lush arco style to create rich orchestral backwashes, Andersen's voice rings loud and clear in any context.

In recent years, while exploring more openended possibilities in groups with Greek pianist Vassilis Tsaboropoulos, Swedish pianist Carsten Dahl, Hungarian-born guitarist Ferenc Snétberger, and German trumpeter Markus Stockhausen, Andersen's own projects have demonstrated greater emphasis on form and arrangement. His latest release, Electra, is a strong consolidation and summation of these concerns, with his itinerant nature in Europe resulting in music that reflects the kind of cross-pollination that is perhaps only possible on a continent where relative distances are small.

A commission for Athens' Spring Theatre, under the aegis of the Cultural Olympiad 2001-04, Electra creates its distinctive sonic landscape largely through the participation of Arve Henriksen—a fixture on the Norwegian scene whose shakuhachi-like trumpet reflected Jon Hassell as a starting point, but has since evolved into its own instantly recognizable voice—and Eivind Aarset, an anti-guitar hero who is more concerned with texture and sound sculpture than conventional licks and riffs. Add to the mix Paolo Vinaccia and Patrice Héral, as comfortable on hand percussion as they are traditional drum kits, and you have the potential for music that defies easy categorization.

And it's richly realized. "Mourn features Aarset's "e-bone guitar, sounding more like an Armenian duduk. The brief solo features for Henriksen, "One Note and "Birth of the Universe, are as removed as one could imagine from the instrument's more conventional timbres. It's that very surprising wealth of ambient textures created by Andersen, Henriksen, and Aarset that makes Electra such a constant surprise and delight. The addition of vocalists Savina Yannatou, Chrysanthi Douzi, Elly-Marina Casdas, and Fotini-Niki Grammenou allow Andersen to explore song form on the plaintive "Electra Song and more atmospheric concerns on the four "Chorus pieces.

In the same way that Garbarek's recent In Praise of Dreams is hardly a jazz record, Electra—despite featuring improvisation as one underlying element—hardly fits conventional definition. Its blending of folk music, ambient electronica, pulsing rock rhythms, and haunting vocal lyricism defies easy categorization. The best scores stand on their own merits, and Electra needs no storyline to give it credibility. Its very diversity, out-of-the-box thinking and avoidance of predictable musical paths make it a compelling listen, start to finish.

Visit Arild Andersen and Universal Classics on the web.