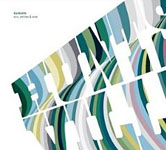 Continuing with its unique mesh of free improvisation with roots Americana tinges and hypnotic Indian rhythms, Huntsville's Eco, Arches & Eras capitalizes on the successes of For the Middle Class (Rune Grammofon, 2006). Eco, despite its eclectic and experimental nature, remains curiously accessible, despite the Norwegian trio's unorthodox approach to combining guitars, bass, percussion and electronics. Its 45-minute set at Punkt '07 was some indication of what was to come, a trance-inducing performance that explored all the sonic nooks and crannies of the trio's assorted instruments yet, despite certain sonic extremes, was thoroughly engaging.

This time, guitarist Iver Grydeland, bassist Tony Kluften and percussionist Ingar Zach enlist the assistance of vocalist Sidsel Endresen—another intrepid artist who continues to explore the furthest reaches of what the human voice can do on albums including the remarkable ONE (Sofa, 2007) and Live Remixes Vol. 1 (Jazzland, 2008) on the slowly unfolding "Eco," the longest track on the first of this double-disc set. Huntsville also collaborates, on the 2007 Kongsberg Jazz Festival continuous performance on disc two with American guitarist Nels Cline—who is at the forefront of contemporary guitar innovation with albums including Coward (Cryptogramophone, 2009) and New Monastery(Cryptogramophone, 2006)—alongside Wilco band mate, percussionist Glenn Kotche.

The individual voices of Huntsville's collaborators are unmistakable but seamlessly merge into the group's overall musical aesthetic. Despite improvisation being a fundamental of the Huntsville process, there's also a stronger compositional feeling to Eco—even if much of it remains spontaneous and created in real time. The gigging time spent between Middle Class and Eco has clearly paid off in a far more cogent and unified approach that has strengthened Huntsville's identity. This is not a band about delineated soloing—or any soloing, for that matter. Instead, it's about creating a vibe, an ambience that cross-pollinates from various cultures to create a true world view. Tablas and banjo intersect, marshall drumming blends with a deep drone, and aggressive, Robert Fripp-like chordal dissonance crisscrosses with a complex blend of noise, and real and boxed percussion on the 21-minute title, evolving with an unmistakable inevitability, so that when Endresen's low, fragile voice appears it creates a mirage-like island amidst a nexus of ideas that seem disparate but ultimately combine with a wonderful sense of inescapable truth.

The briefer pieces on side one are spare and economical, demonstrating a lyricism that Middle Class only hinted at. Grydeland is the group's secret weapon; a guitarist capable of folkloric tendencies, Derek Bailey-like obscurities and everything in between. His presence explains, perhaps, why collaborating with Cline makes such perfect sense. Neither guitarist feels the need for virtuosic displays, despite both being clearly capable. "Eras" unravels over its 52 minutes, a complex blend of sound and pulse where electronics and acoustic textures come together with inescapable import.

Eco, Arches & Eras represents a quantum leap for Huntsville, a group that keeps creating new promises as quickly as it delivers on its previous ones.