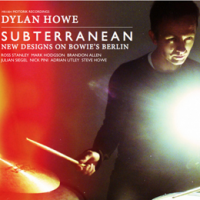 Jazz musicians love the tribute album, perhaps more than the listeners who receive them. That opportunity to suggest affiliation, tapping into an already established audience can be tempting and a useful much needed marketing tool as industry-wide sales collapse. But really there is no reason why a tribute can't work -do it with love, for the right creative reasons, and it can still sparkle it just rarely does.

Partly this is lack of imagination-counting the money before the tunes are in the bag, but mainly it is a complete lack of awareness or even disregard of who might conceivably want to listen to the session. Who really needs to hear the work of the jazz greats performed in a dreary smooth jazz style, or maybe recast to emphasise the band leader's conviction that there had always been a kazoo element to the work of, say, Bill Evans? To make matters worse the ageing baby boomer generation has prompted the jazz tribute to cast its net wider so that we now regularly see tributes of variable quality to the likes of Bob Dylan, Leonard Cohen and Laura Nyro. David Bowie, though, has largely sidestepped the attentions of the tribute artists partly due to his particularly individual creative path, but also by dint of his relatively low mainstream commercial profile from the mid-1980s up to 2013's "The Next Day."

The arrival of lead single "Where Are We Now" from that album was almost as unexpected, then as the unqualified success of this collection from Dylan Howe is now. Rather than attempt smooth jazz versions of "Life on Mars" or looking to re-evaluate "Boys Keep Swinging" in the context of hitherto unsuspected instrumentation, Howe has focused on the extending the feel of the largely instrumental pieces from what is loosely referred to as Bowie's "Berlin" period. The sessions for the Low and Heroes albums make up most of these, although there are a couple of pieces that were not released at the time that emerged only in the 1990s wave of CD reissues. Of these "Some Are," reputedly composed for an unissued Bowie soundtrack to "The Man Who Fell to Earth," is the only piece that contained a lyric in the original, although of course wordless vocal textures were a feature throughout the period.

There are a few reasons why Howe's collection works so well -the principle one being the sympathetic ear given to the emotional and musical core of the original compositions, taking their feel and exploring it over a more leisurely timescale than the more circumspect originals. Title track "Subterraneans" is a good example—Ross Stanley's synth makes a decent fist of replicating Bowie's backwards tape effects and the saxophones of Julian Siegel and Brandon Allen splendidly cover off the wordless vocal sounds, backed effectively by Howe's loose militaristic drum beat. While musically this is every bit as good as the original, the passage of time and the shift in cultural context gives the music a different meaning. The original composed at roughly the mid-point of the Wall's existence was intended to represent the memory of the past Berlin and those caught in the horror of enforced separation. The sax line of the original in particular was meant to be backward looking to the grandeur of one of the world's greatest cities, but from a position of shock at its then current division. There is a quote from Dante along the lines of "there is no greater sorrow than to recall in misery the time when we were happy" and the Bowie version reflects this -Howe's version is wonderful but the context is completely different, sitting as we do 35 years since the Wall was destroyed, and we should all be grateful that this is so.

A comparison of Howe's two versions of "Neukoln" with Bowie's also reflects the positive changes to the Berlin landscape. Bowie looked to embody the culture clash of displaced immigrant communities in mid-70s Berlin against the cold war backdrop, the sax squall at the close sounding close to a cry of pain. Howe's "Neukoln—Day" is perhaps closer to Bowie, having more of that cold futuristic synth wash than the "Neukoln -Night" version that precedes it in his collection. The latter in particular features some superb drumming from Howe and much more of a traditional jazz build and release of tension than the ambient piece that inspired it. It is hard to be certain whether Howe and his talented band are intentionally commenting on the political and cultural softening of the intervening period, but the comparison at least indirectly suggests an awareness of a far less austere environment.

The only time when knowledge of the originals detracts from Howe's version is on his interpretation of "All Saints"-a driving sinister instrumental outtake that remained unreleased until the 1991 CD re-issue of "Low," allegedly inspired by Bowie's paranoid fear of being attacked by witches on All Saints Eve. Paul Trynka's diverting 2012 Bowie biography has a great anecdote from Warhol alumnus Cherry Vanilla concerning a phone call from Bowie attempting to procure the services of a white witch to deal with this perceived threat should you wish to investigate further. Howe's version feels somewhat diminished by the comparison -sections of the original theme being interspersed with what feel like sixties Blue Note jazz runs. While I'd imagine being chased through Berlin by an angry McCoy Tyner could be pretty unnerving, should the great man's ire be raised sufficiently, it is unlikely to be the subject of a successful horror movie anytime soon. To be clear Howe's piece is great and enjoyable -it's just that on a relative scale of dread murder by witchcraft beats modal jazz every time.

As for the rest -the jazz approach works well on "Some Are" and "Art Decade" with the latter interweaving an interesting piano part from Ross Stanley with the familiar main theme of isolation. "Warszawa" too features an effective, spooked, guitar intro from Adrian Utley before the much loved near religious theme emerges. This piece too includes some unexpected handbrake turns into sixties jazz in Howe's reading, but these feel more in keeping with the spirit of randomised chord changes of the original than on "All Saints" pushing it towards more of a spiritual jazz feel. Last but not least Dylan's Dad, Steve Howe of Yes, weighs in with a lyrical Koto part on album closer "Moss Garden." While a little smoother, more mellifluous perhaps, than the original it would not have sounded out of place on Bowie's record, high praise indeed for someone who might reasonably have been expected to be on the wrong side of the 1970s punk rock 'war.'

So in summary, this is a tribute to Bowie that can be enjoyed by hardcore fans and newcomers alike -one that stretches the originals into complimentary, not jarring, shapes in a way that will not have seasoned Bowie fans reaching for either the pills or the skip button. Bowie himself would surely approve—several biographers record his love of jazz mentioning Eric Dolphy, John Coltrane and Charles Mingus as particular favourites and of course his saxophone playing is well known. While Howe cannot hope to match the cultural significance of these records in the context of Cold War Berlin, he has made a record that stands comparison with the originals for its musicality and clear love for the originals. It is this love and the desire to extend the pieces into well played modern jazz that deflects any concerns around the more usual pecuniary motivation for such tributes and is the icing on the cake. An absolute triumph.