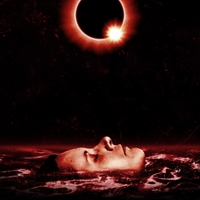 This Texas-based progressive rock unit celebrates its fourth release, featuring multi-instrumentalist Gayle Ellett, from legendary Southern California prog rock band Djam Karet. In addition, former Miles Davis (and current Steven Wilson) keyboardist Adam Holzman lends his laudable faculties on two tracks via his ring modulated Rhodes and burly Moog solos. Warr guitarist/composer Mark Cook also layers keys, guitar and bass parts into the grand schema. And while the core band members perform on select tracks, Cook advises that he, "wrote/recorded the whole album ... and then brought in the other musicians to add their parts. The music was written with the idea of adding a specific musician's unique vocabulary to the mix to enhance the music."

The musicians sport more of an ultra-progressive demeanor on this outing, awash with tightly organized unison choruses along with fluid thematic developments and power-packed dynamics. But with Ellett and Holzman's use of the Mellotron, a sense of antiquity looms in the background. Many of these hyper-mode works present a conglomerate of mini-mosaics for the mind's eye. With sustain-driven guitar lines, along with a few nods to King Crimson's Robert Fripp, the musicians' weighty cadences and ominous interludes on "Drone Priest" summon imagery of entering a temple of doom. But "Slow Current" is a transcendent dub groove, tinted with Ellett's harmonious electric guitar solo.

Several movements are concocted with odd-metered choruses, mutable song-forms, alternating paradigms, and hummable motifs that add a little frosting to the cake. On "Count to 5," Holzman dishes out a speedy Moog solo atop pulsating rhythms. "The Blood Jet Is Poetry" features Ellett's Morse Code treatments, Cook's sweeping synth strings, flutist Bob Fisher's dainty treatments, and effects that could suggest twinkling stars atop medium-tempo rock beats. Here, the ensemble could be on a trip to Andromeda or orbiting earth. Indeed, the artists generate a veritable prog rock-like magical mystery tour.

About Herd of Instinct