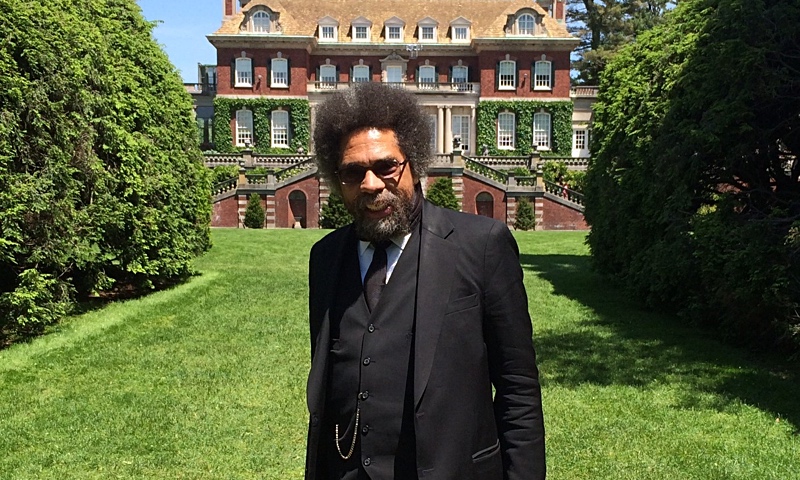 By CHRISTINE PASSARELLA
September 23, 2017
Sign in to view read count
This column focuses on the lives of people searching for and finding a human connection inspired by the life and music of the legendary saxophonist John Coltrane. Trane was a spiritual, gifted jazz musician dedicated to loving people through his heart which exquisitely came out of his instrument. I have come to discover that there are presently many people who are influenced by him even decades after his passing. This column will make an attempt at answering the question: "How does one live a Coltranian life?" I define this as a quest to live in truth, with a love for humanity, a strong bounce back when life knocks you down, a dedication to a calling and or passion, and without a doubt the unwavering desire to courageously be who you were meant to be, not just an echo, but an original masterpiece.

"I want to be a force for real good. I know that there are bad forces, forces that bring suffering to others and misery to the world, but I want to be the opposite force. I want to be the force which is truly for good." —John Coltrane

I first met philosopher Cornel Ronald West when he was speaking at an event focusing on moral courage at New York University in 2013. It was there that I discovered we both had a sacred and devotional love for master musician and spiritual giant John Coltrane. Dr. West soon became a mentor to me and close ally. Frequenting jazz clubs in New York City with Cornel is eye opening and life transforming. Jazz musicians have a deep bond with him. It does not matter if he met them before. The love and respect are palpable. He knows the musicians through the creative and passionate music and their artistic lives, and they know him through his prophetic witness, extraordinary mind, and sensitive heart. It is quite exquisite to see firsthand such warmth through the understanding of a shared enriched African-American culture. He stands on Sankofa which is to recognize the past before going forward. His work weaves the intense struggle and the highest standards of excellence from black people in America. It spreads the message from the Black National Anthem to lift every voice. His message is to love people of all colors. Standing next to West and the jazz musicians, you can almost feel the spirits of their ancestors in the room wrapping them in the knowledge of the past to empower this beautiful brotherhood and sisterhood. As you get to know Dr. West, you see a gem of a man who is a multifaceted dazzling treasure. He is a superman in these troubled times who continues to be a force for good. He brings his courage to the people. Through him, we examine our history and explore possibilities for a new paradigm.

Cornel West is dedicated and loyal to the life of the mind and the world of ideas. This is evident in the thousands of books that are in his personal library in his home. What is most important is the quality of the content of his reading material which is embedded in his mind. He is also surrounded by the deepest music this world has to offer. Wrestling with disconcerting ideas and philosophical thought came to him when he was a little boy in Sacramento, California. In his elementary school years, he dove into an existentialist way of thinking aware of the fragility of life, grappling with nonexistence. While in high school, he was class president, a champion athlete and played first violin in his high school orchestra. Raised in a loving and disciplined home Cornel is the second son of the late Clifton West and the very vibrant and deeply loving Irene B. West. I had the sincere pleasure of visiting the beautiful ranch style home of Mrs. West a former school teacher, and principal with an elementary school named after her in California. I am a teacher as well, and we saw eye to eye knowing that the answers for peace on earth may come to fruition by loving, enlightening and caring for the children. It was evident early on that Clifton and Irene West had a genius amongst their precious and talented four children. It was also made known to her through a deep personal spiritual belief and that of her church community from his birth Little Ronnie, as he was called back then, was chosen in a divine way to do great work for the people. Tender family photos cover the living room and family room walls accompanied by university degrees from all the West family members. Cornel has grown into one of this country's most sought after professors and motivational speakers and the demand to be in his presence is even more magnified in 2017. And yet with all this acclaim, the honor he holds highest is being part of his family of origin.

Indeed, Cornel will tell you that he was able to walk his walk because of the love that was directed toward him through his parents, grandparents, siblings, Shiloh Baptist Church, and master teachers. He states, "I am who I am because somebody loved me, somebody cared for me, somebody targeted me." Armed with that guardian love, Cornel West went through his years as a student learning how to die in order to learn to live. That message is shared with students who enter his classroom every semester. Cornel examines his life in stages and when he feels the need for change in order to grow more towards an enlightened life he makes a shift. I believe John Coltrane would smile at his "brother" Cornel. Trane stated, "I believe that men are here to grow themselves into the best good that they can be—at least, this is what I want to do." Most recently Cornel was in Charlottesville, Virginia walking arm in arm with the faith leaders with his life literally on the line for love and justice. He took part in a peaceful counter protest against white supremacists this August. Dr. West informed me speaking from Charlottesville, "I have never experienced such hatred directed toward people. I am glad to be alive after the events of Friday and Saturday." He goes on to state that the other love warriors who were also in this struggle against hatred protected him and the faith leaders. "I was blessed to bear Coltranian witness, bearing it with A Love Supreme." Cornel will tell you that you just can't hope for a better world you must "be a hope" in the way you live your life.

He is an outstanding prophetic witness for African-Americans in the United States, and people all over the world especially the least of these. I witnessed this first hand on many occasions, but attending a Dalits Human Rights conference recently truly stands out in my mind. Tragically the Dalits are part of a caste system in India. Horrible discrimination against this group puts them in a category which was known as the untouchables. Dr. West was in Washington, D.C., to show his committed love for this group of people. It was evident they had a deep love and appreciation for him. Soon after that event, I attended his classes as a guest and listened to his magnificent lectures watching his students wrestle with the history of India studying Mahatma Gandhi's and Babasaheb Ambedkar's peaceful messages. To my surprise, guest speakers that semester included three Dalit women who courageously told their life stories to the university students in New York City. Cornel's love is universal and touches people of all backgrounds with devotion and service. So where does this Superman get his extraordinary love from and how is it sustained? It seems certain that his years in the West home back in Sacramento in which he learned how Jesus Christ shattered the customs of his time by loving the vulnerable and disenfranchised shape him daily.

Cornel West has been on the faculty of Harvard, Princeton, Yale, Union Theological Seminary, and the University of Paris. He is presently back at Harvard where he holds a joint appointment at Harvard Divinity School and the department of African and African-American studies as a professor of the practice of public philosophy. And so it is, Dr. Cornel West is one of the leading academics, and grand public intellectual minds of the 21st century. He is the author of twenty books and edited thirteen. His book Race Matters is a classic, and recently published are Black Prophetic Fire and The Radical King. He has also created spoken word albums with major artists. The CD Never Forget: A Journey of Revelations stands out to me. A hauntingly painful photograph of precious African children on a slave ship is the image he chose for this body of work. Set to rhyme and rhythm we are "sent to school" through music. It includes tracks featuring Prince, KRS One, M1, Andre 3000, Jill Scott, Talib Kweli, Gerald Levert and other artists. Dr. West is committed to helping people join a caravan of love through his Coltranian journey. In the wee hours of the night Cornel West can be found sitting in his reading chair taking in the words of whatever great thinker interests him and page by page, he gives the author his undivided attention as the hours pass to the rising of the sun. Although Dr. West is indeed a great writer, teacher, and philosopher what impressed and influenced me was knowing that he is an extraordinary reader.

This is a man who does not waste a moment of time as he has work to do. He sleeps just to charge his body so he can get on the move once again. Cornel is much like a jazz musician because of his dedication to his instrument which is his intellectual voice and it opens us to what lives in the heart and soul. He is in many different cities in a week to share his love and leadership. Educating from the podium he calls out, "You cannot lead the people if you do not love the people." His range is global and no place is too far for him to spread his love supreme. Most recently he was in Australia and India, but within days back in the United States to share his powerful words in the tradition of Martin Luther King, Jr., Malcolm X, W.E.B. DuBois, Fannie Lou Hamer, Ida B. Wells and James Baldwin. 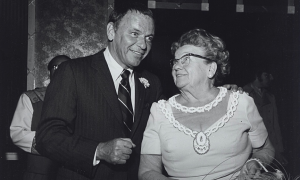 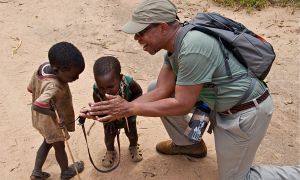 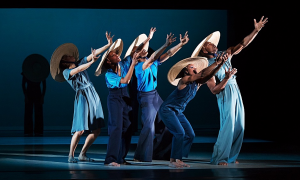 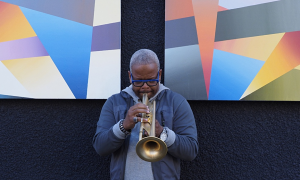 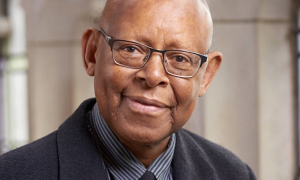 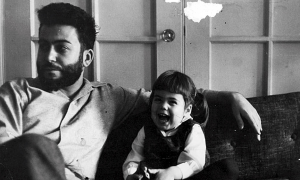 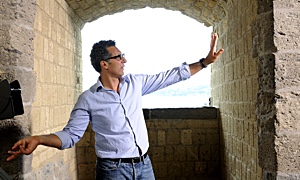