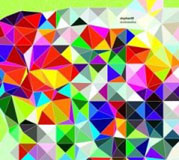 As a member of groundbreaking noise improvisors Supersilent, whose 8 (Rune Grammofon, 2007) was one of last year's best, co-conspirator with percussionist Thomas Strønen in Humcrush (Rune Grammofon, 2004), co-op member of Transatlantic electronic improv group Box with its debut Studio 1 Rune Grammofon, 2008) and guest on the tranquil stasis of Supersilent mate/trumpeter Arve Henriksen's Strjon (Rune Grammofon, 2007), keyboardist Ståle Storløkken may be the closest thing Rune Grammofon has to a house keyboardist. But as distinctive as he's always been as a colorist with these projects and others outside the Rune sphere—including guitarist Terje Rypdal's Vossabrygg (ECM, 2006)—he's never been as front and center as he is on DodoVoodoo, the debut from Elephant9.

Raw and dirty, DodoVoodoo's title track opens the disc with a fervent rock beat and potent riff that's a high velocity blend of soul jazz and raucous energy. "I Cover the Mountain Top" mixes in latter-day Zawinul's vocalized synth with a gentler but no less persistent groove, leading to a gritty Hammond organ solo redolent of Keith Emerson at his best but, with an equally distorted Fender Rhodes a dominant voice, the complexion becomes unmistakably Storløkken's own. Eilertsen and Lofthus push the pulse with a combination of ever-aware groove and elastic co-conspiratorial interaction. Following these two Storløkken compositions, Eilertsen's "Skink" is a turbulent piece of prog rock, with Storløkken's Hammond solo swinging in the loosest, loudest and most vigorous way possible.

Storløkken's ambient "Hymne" is a brief respite before the collective improv "Misdirection," a funky reference to Zawinul's classic "Directions" and the set-up for DodoVoodoo's final two tracks, which take up nearly half the album's 48 minutes. Zawinul's equally quintessential "Doctor Honoris Causa," over the course of 13 minutes, migrates from spacey ambience to a high hat-driven, In a Silent Way-like pulse and, finally, greater verve and open-ended interpretation of the familiar theme, while a gritty, free-thinking interpretation of "Directions" rivals Weather Report's own version, unreleased until Forecast: Tomorrow (Columbia/Legacy, 2006).

Despite Elephant9's cooperative and democratic nature, it's Storløkken who's the clear star. Long considered one of Norway's greatest improvising keyboardists alongside Bugge Wesseltoft, he's always remained somehow part of a greater whole, a less overtly dominant voice despite his presence always being felt. With DodoVoodoo placing him in the spotlight, it's not only a terrific debut from a new and exciting group, it's confirmation and, in some ways, vindication for those who've sung his praises for many years. Edgy, raucous, interpretively rich and unrelentingly powerful, DodoVoodoo is a serious contender as one of 2008's best releases.