BY GLENN ASTARITA
November 3, 2017
Sign in to view read count 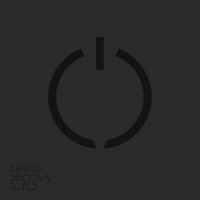 After a few listens my imaginative powers went to work, thinking of a possible correlation if superstar prog rock vocalist Steven Wilson (Porcupine Tree) recorded an album with Pink Floyd. With these memorably slow to mid-tempo pieces, the artists occasionally conjure notions of Floyd's Dark Side of the Moon era, coupled with Asle Tostrup's profound vocals. Not to draw comparisons, although it may assist with iterating the band's stylization. Moreover, Airbag's harmonious works all feature hummable themes and it's not a unit that delves into tireless soloing escapades, other than guitarist Bjørn Riis' warm, animated or scorching extended note lines that often cut through or emphasize the respective themes. *And while the all black (including listings, personnel and lyrics) CD packaging design may seem relatively hip, I found it nearly impossible to read the text.

The six compositions are thoughtfully arranged, treated with faint doses of reverb to augment the detailed soundstage. No doubt, replay value is high as the program holds its weight on repeated listens. Along with spacey guitar textures, gentle percussion grooves and quietly soaring motifs, the core trio and guests project a musical aura that transforms into a robust presence and expansive soundscape, abetted by Tostrup's dreamy, forceful and wistful choruses.

On "Sleepwalker," Riis' sustain driven guitar solo is coordinated with a steady buildup segueing into the gorgeous "Disconnected," shaded by keyboardist Per Øydir's deft phrasings and what sounds like a mellotron atop drummer Henrik Fossum's rumbling patterns. They raise the pitch, yet the background atmospherics add depth, culminated by the guitarist's crunching licks. However, the ensemble wind-ups the proceedings with a simple ballad "Returned," that evolves into blossoming rock motif. Other than the musicians commendable and meticulously crafted performances, it's largely about the qualitative sum of the parts, fabricated on standout compositions that illustrate the group's mark of excellence.