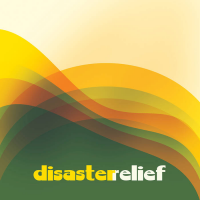 While there are many bands, such as Vulfpeck and Snarky Puppy, playing modern funk with astonishing precision and technicality, it is less common to find one playing the loose, greasy style pioneered and perfected by groups such as The Meters.

Disaster Relief is just such an outfit and, on their debut record, they showcase their love for open yet poignant funk jams alongside their Afro-beat and classic funk and rock influences.

The instrumental group, hailing from Ann Arbor, Michigan, is enriched by a four-piece horn section who, like their rhythm section counterparts, are just as comfortable playing lead as they are playing a supporting role.

The self-titled record is a sort of tour of their various influences. The opener, "Downtown F#@karound" could have come straight from The Meters' songbook, while "January Junk" has the heart of a James Brown-style tune with modern soloists and sounds. Songs like "March Wind" and "Too Soon For June" have a groovy Fela Kuti vibe while "Dorian DeLorian" has a not-too-edgy funk-rock vibe.

As evidenced by the light-hearted song titles and their own mission statement of providing "some much-needed escape from the negative vibes surrounding us," the band's feel-good ethos produces perfect party music. Their well-rounded record is perfect evidence of that.