BY NICK CATALANO
March 8, 2008
Sign in to view read count

[In] my opinion, there is no one who is as good a jazz bass player and collaborator.
&#151Andre Previn

In my 20 years of music journalism I have covered many genres: opera, cabaret, jazz, pop, chamber music, symphonic concerts and recitals. Never in my outings have I encountered a musician who has greater generic scope than bassist extraordinaire David Finck. He is totally at home in every setting imaginable. He has been coveted by every singer from Tony Bennett, Rosemary Clooney and Natalie Cole to Rod Stewart, Gladys Knight and George Michael. Broadway chanteuses everywhere cozen up to him i.e. Linda Eder. He shows up on TV interpreting opera scores i.e. Aretha Franklin performing Puccini's "Nessun Dorma" on David Letterman. Jazz singers (Mark Murphy, Sheila Jordan, Karrin Allyson) join the supplicating hordes trying to get dates in his work book. Jazz luminaries (he has executed definitive work with Dizzy Gillespie, Herbie Hancock and Andre Previn) won't go into a recording studio without him. Seminal latin performers (Paquito D'Rivera, Ivan Lins, Leny Andrade) who dread having to play New York dates with uninspiring American rhythmists relax in the city's boites with Finck on the stage.

Finck is the apotheosis of the contemporary New York jazz musician- educated, articulate, and widely read. His humor is always sagacious and often hysterical. With both his parents involved in music, he began playing bass at age 10 and while still in high school studied with several bassists from the Philadelphia Orchestra. Upon graduation from the Eastman School of Music he immediately plunged into touring with the Woody Herman band. His jazz career has been remarkable. As Andre Previn notes, "I have worked with David Finck in many different circumstances and venues, for a period of eight years, and in my opinion, there is no one who is as good a jazz bassist and collaborator."

The key to his talent has been best described by Finck himself: "I hear music as a spoken language. When I listen, I'm conscious of the breaths that are taken during a phrase; I hear the vocabulary, the inflection and the syntax." This often used analogy of music to language is conspicuously helpful when analyzing Finck's performing approach. When he plays he can indeed switch from active to passive voice and from imperative to subjunctive mood. His solos reflect the best rhetorical traditions of subordination and parallel structure. And in his vocal accompanying, he always chooses the correct modifier be it adjective, adverb or participial phrase. 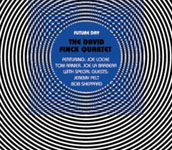 In his continuing saga of pursuing a musical renaissance existence, Finck has become a producer, arranger, songwriter and lecturer/essayist. In the former incarnations he has of late created some magic for two emerging talents: Peter Cincotti and Christy Baron. Says Baron of her mentor "as an arranger and producer, he's able to apply the intention of the lyricist within the structure of his arrangements, while keeping his ideas fresh and unique." And in writing for the Village Voice in an issue celebrating Frank Sinatra's 80th birthday Finck presciently isolated Sinatra's "ability to combine musical language with poetic language."

Finck has waited a long time to release a jazz CD as a leader, but finally we have Future Day—The David Finck Quartet (Soundbrush records) whose promos describe the selections as "music that's closest to his heart: jazz originals and standards of the last three decades, the ones that define his love affair with jazz." For the session, Finck has carefully chosen a crop of jazz standouts: vibraphonist (and fellow Eastman alum) Joe Locke, drummer Joe La Barbera, pianist Tom Ranier and special guests trumpeter Jeremy Pelt and tenorist Bob Sheppard. Predictably, the CD contains material that is thoughtfully arranged, compositionally fresh and masterfully performed. Another triumph for the ubiquitous David Finck.