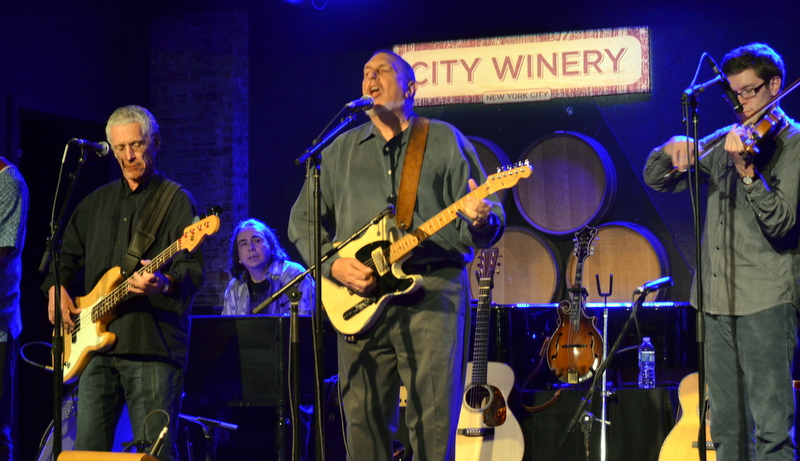 One might describe David Bromberg as kind of a musical chameleon. Others might disagree. Bromberg is equally adept at playing classic gutbucket blues, ragtime, country, folk, jazzy blues, bluesy jazz, rock and standards. That's pretty diverse. On the other hand, each and every one of these musical genres can be classified as Americana. Bromberg, then, is either amazingly versatile (which he is) or a five-star chef who cooks up an amazing gumbo with ingredients made up of bits and pieces taken from each and every type of American musical style (even a bit of rap).

Bromberg, who began studying the guitar in his early teens, was a musicology major at Columbia University when he gravitated toward Greenwich Village where he watched and learned from some of its greatest performers. Eventually, he began playing the coffeehouses for tips. Soon he was backing artists such as Jerry Jeff Walker and Tom Paxton. Those gigs led to session work playing on records by Bob Dylan, The Eagles, Willie Nelson, Ringo Starr and many others.

Following a wildly successful performance at the Isle of Wight Festival in 1970, Bromberg signed a recording deal with Columbia Records. He recorded a number of critically acclaimed albums for Columbia including David Bromberg (1971), Demon In Disguise (1972), Wanted Dead Or Alive (1974) and Midnight On The Water (1975). He eventually signed a deal with Fantasy Records and released a number of acclaimed albums for that label including: How Late'll Ya Play 'Til?, Vol. 1: Live (1976), How Late'll Ya Play 'Til?, Vol. 2: Studio (1976), Reckless Abandon (1977) and Bandit In a Bathing Suit (1978).

In 1980, at the height of his popularity, he decided to make a change. He dissolved his band, moved to Chicago and began attending classes at the Kenneth Warren School of Violin Making. He toured sporadically and recorded infrequently. In 2002. after what he termed as "too many Chicago winters," David and his wife Nancy moved to Wilmington, DE, where they opened David Bromberg Fine Violins, a retail store and repair shop for high quality instruments. In Wilmington, Bromberg often sat in at the city's weekly jam sessions which helped awaken his desire to make music. In 2007, Bromberg released Try Me One More Time on Appleseed Records. The live album Live in New York City 1982 (Appleseed Records/Red House Records, 2008) soon followed. In 2011 he released Use Me (Appleseed Records/Red House Records). each was met with critical acclaim.

The evening began with Bromberg playing slide guitar leading his six-piece group through a a boisterous rendition of "Nobody's Fault But Mine." A wonderfully improvised version of "I'll Take You Back" followed featuring Bromberg rap/rhyming ad libs gems between each chorus. "When Bootsy ain't funky and King Kong ain't a monkey," and "I'll take you back when your mama's too tired to talk and the dead can walk," were but two of these pearls of wisdom. With each of these asides, the audience roared.

Bromberg who was obviously in a jovial mood, bantered with the audience between virtually every song. "Alabama Jubilee" on which Mark Cosgrove took center stage and played solo was introduced with, "I've always had a guitarist in the band that's better than me. I'm going to let Mark play you a little solo." On "Drown In My Own Tears," Bromberg began the song accompanied by only his acoustic guitar and Amiot's bass. He performed the song with passion until the midpoint when out in the crowd his back-up singers (Nancy Josephson, Wendy and Kathleen) emerged singing in perfect three part harmony and joined the band on the stage.

The mostly middle-aged capacity crowd spent most of the evening enraptured and glued to their seats as Bromberg played a flawless set. The virtuoso performance included: "Cattle In The Cane/Forked Deer/Monroe's Hornpipe" which featured three mandolins, "Keep On Drinkin,'" "Last Date," the mournful "Driving Wheel," and "You've Got To Mean It Too."

Bromberg introduced "The Strongest Man Alive" by saying that that the title of the Only Slightly Mad CD came from the lyrics of the song. He then quipped about it being an "old English drinking song that I wrote." He then performed the song in the manner featured on the CD, segueing into "Maydelle's Reel" and "Jenny's Chickens."

The show came to an end with a nice version of "New Lee Highway Blues" The encore began almost instantaneously. Bromberg and band roared into an incredibly funky "Tongue" from Use Me with its amazing kiss-off concluding lyric:

"Don't talk about it, cause I don't want to hear your lies
Turn off the waterworks, because I refuse to stand here and watch you cry
And one more thing: Get your tongue outta my mouth, because I'm kissin' you goodbye"


Bromberg and the band then left the stage for a nanosecond and returned for a second encore—"Roll On John" which was sung off mic, unplugged and acoustic. When the song ended, the audience members rose to their feet and gave Bromberg and his cohorts a well-deserved standing ovation. 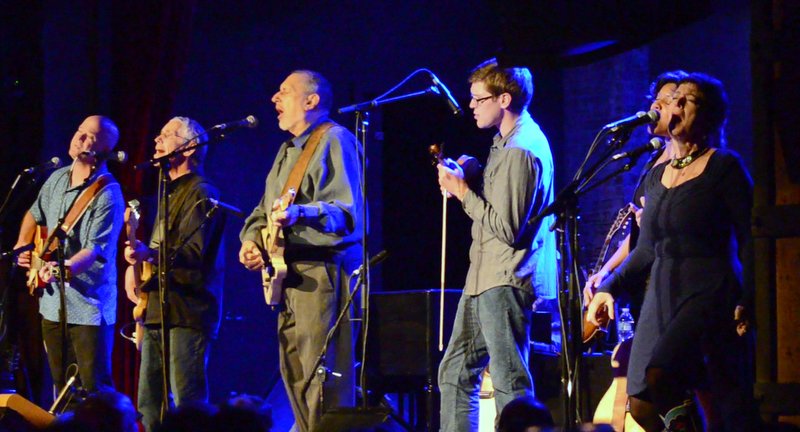 Early in the evening, Bromberg said, "I got a call tonight before the show from President Obama. I asked him what I could do to help the economy. He said, 'Bring a lot of shit to sell.'" The line at the merchandise booth formed as soon as the lights came up. Bromberg came out shortly thereafter to mingle with and sign items for his adoring fans. Later in the evening Bromberg declared, "There's two types of music—'The Star Spangled Banner' and the blues." On this night he played some serious blues.