By GLENN ASTARITA
January 1, 2017
Sign in to view read count 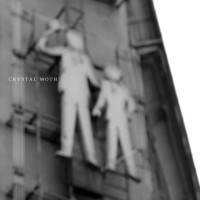 This London-based quintet started as a duo with drummer Paul May and percussionist Patrick Dawes, but eventually expanded into a quartet due to a series of meetings and encounters among additional musicians. Otherwise, May and keyboardist Carolyn Hume performed as a duo and released several intriguing minimalistic, melodic, jazz-improvisation framed outings for the largely, experimental and long-running UK record label, Leo Records.

The respective musicians' resumes are comprised of diverse backgrounds, which makes sense after listening to the band's asymmetrical incorporation of folk, art rock, progressive rock, and acoustic-electric space rock amid dabs of the beat poet era. Indeed, it's a difficult album to pigeonhole, which of course lends to its unique musicality.

This production can sound like it was intended as a hip, museum piece. The artists' clarity of thought and execution is evident throughout, whether they perpetuate electric dreams via Hume's daintily placed EFX treatments or her warm, dappled shadings when performing on acoustic piano. Moreover, the marketing details prudently draw similarities to vocalist, keyboardist David Sylvian's work, perhaps due to Charlie Beresford's warmhearted and understated vocals, periodically casting a dusky characteristic atop the these works that often travel along deviating paths.

Even though the quintet maintains a signature style, each piece brings various aspects to the forefront, such as guest artist Jon Clayton's sawing ostinato cello lines on "Images of Snow," tempered by Beresford's hush-toned iterations and Hume's expansive keys and softly woven colorizations. At various points in time, the ensemble elicits notions of early 70s Pink Floyd-like background treatments, although "Paul 3" is a spacey electronica work sketched on a world beat percussion vibe.

"Passed the Fountain" is an oscillating ballad, textured by Hue's quaintly melodic piano accents and Beresford's wistful vocals, yet "Slowly" is a strutting, mid-tempo tone poem, complete with synths, somber musings and May's snappy beats to help shape a simple, but memorable primary hook. Indeed, Crystal Moth communicates an ability to morph a comprehensive genre-busting stance into its core modus operandi, complete with wide-ranging contrasts and a horde of unexpected treats and mildly enacted bypasses.