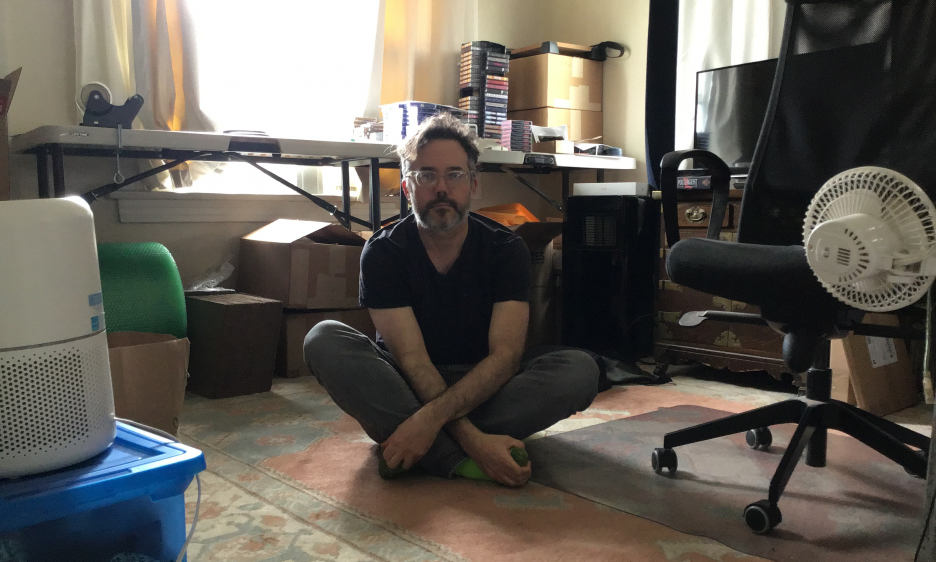 To some degree, I have to think about the fans that, you know, can’t be treated like you can just take every dollar from them.
&#151Brian Miller

While musicians and bands are canceling tours because of "stay home" mandates in California and around the world, indie labels, local venues and online platforms are supporting artists by running special promotions, planning online performances and continuing operation as much as possible. After California Governor Gavin Newsom announced a statewide stay-home mandate on March 19 following several counties announcing separate shelter-in-place policies, several local artists and labels responded by canceling tours.

Dan Vado, owner of San Jose venue The Art Boutiki, said he has canceled roughly 20 events in response to the coronavirus pandemic, two-thirds of which were live music events. "That's a lot of money," he said. "I can't even really begin to tell you how much we will have lost over that period." Now his employees will not get paid and are filing for unemployment after Vado purposefully planned a busy spring to take advantage of the venue's most popular season. "So we're losing our prime time of the year," he said.

Brian Miller, founder and owner of Los Angeles-based experimental label Deathbomb Arc, said four artists on the label canceled tours in response to COVID-19, including neo-soul singer Ed Balloon and Japanese hip-hop collective Dos Monos. Canceled performances affect each artist, label and venue differently, whether it represents lost revenue or a missed opportunity to promote the music. Miller said artists hardly ever make a living by touring, but that fame usually leads to more profitable opportunities to license their work, compose for films or play in studio sessions. Oftentimes, bands that are popular enough to make a living touring year round will choose not to, he said, "because usually the money is still even better doing some other type of job."

Miller said he is concerned about the missed opportunity for his artists to gain larger profiles and followings by touring, especially for indie rap duo They Hate Change, who recently became "press darlings on the hip-hop blogs." "This was a moment to turn that into something bigger," Miller said. "And so there's always this concern that... How many steps back is this for that?"

Some local independent artists still dedicate more time and effort to their musical careers than they would to a hobby. Michael Dadonna, cofounder of Ratskin Records, an Oakland-based experimental label, said two artists on the label canceled tours because of COVID-19. One of them, Oakland native and electronic artist Wizard Apprentice, lives in her car so she can tour. "It sort of surpassed a hobby for all of us a long time ago," Dadonna said. Because Ratskin Records' artists make money primarily by selling merchandise and concert tickets, Dadonna said, it's a major financial hit when all the work that leads to booking shows leads to no revenue.

Some local figures in California's music scene believe the state should step in and excuse tenants from paying rent during the coronavirus quarantine. Dadonna said a rent freeze is absolutely necessary to avoid mass evictions that would force people who live paycheck to paycheck onto the streets. "That's just a dystopian, draconian situation," Dadonna said.

Dan Vado said tenants should have to pay their rent at some point and that not paying his landlords would be unfair. "They're not a giant property corporation or something," he said. "They're just a family who owns that building and they need that money too."

To support artists while many cancel tours, Bandcamp, an online music streaming platform and store, canceled the fees it usually takes from each purchase on Friday, March 20, allowing fans' purchases that day to go directly to artists. Although he described Bandcamp as the best platform for Ratskin Records, Dadonna said Bandcamp's Friday promotion probably benefited the company as much, if not more, than the artists. Because Bandcamp's site was overwhelmed with traffic and made downloading music difficult for fans at several points throughout the day, Dadonna said Bandcamp should have kept the promotion going throughout the weekend and should consider cutting its fees once a month. "They have the revenue, without a doubt, to be able to do this on a bigger scale and set an example, because so many independent artists promote them," he said.

Cory Giordano, founder of Inner Ocean Records, a lo-fi hip-hop and jazz label based in Alberta, Canada, said he doubts that other streaming platforms will follow in Bandcamp's footsteps during the coronavirus quarantine. "It would be cool if Spotify decided to up everybody's per-stream rate for a certain amount of time, even for a day or two days, a week," he said. "It would be nice, because I think for most record labels, the majority of their income is from streaming."

On March 25, Spotify announced that the company was working on a feature allowing artists to fundraise from their fans directly through the platform, along with launching the Spotify COVID-19 Music Relief project, which promised to match donations made through its website to organizations that support musicians.

On top of the promotion from Bandcamp to drive sales during the quarantine, many indie labels announced discounts on their catalogues. Through Twitter, Deathbomb Arc shared a 50% discount code for its Bandcamp page "to make helping artists easier for fans." Miller said he tries to generate revenue for artists without annoying fans. "To some degree, I have to think about the fans that, you know, can't be treated like you can just take every dollar from them," he said.

In response to the quarantine and because Inner Ocean Records had sold practically nothing during the previous week, Giordano said, he offered free shipping on his online store on March 16 and was flooded with orders. Because of the demand for music from the label and the effort required to change the release schedule, Giordano plans to continue releasing new music almost every week until June. "I feel like I always want to keep it going, because I think people still want to feel like there's still a little bit of a normal schedule going on," he said.

Along with running promotions to drive sales, labels and venues are experimenting with streaming as a way to replace in-person shows while fans comply with the stay-at-home order. Miller said he is planning a livestream event that will feature pre-recorded performances from several artists on his label and hopes that it can happen within the next few weeks. However, exactly when the event happens depends on the artists. "The last thing I'm going to do right now is pressure artists to do anything on any specific time frame," Miller said.

Dan Vado said he is planning to livestream a show from The Art Boutiki in the near future, allowing fans to pay a few dollars to watch a broadcast that would match the venue's high standard of presentation. "I want it to be something where people can feel like they're actually watching a professional broadcast," Vado said. "So that's going to be a little more difficult to figure out."

Labels and venues plan to support artists with these alternate performances while the pandemic quarantine continues. Michael Dadonna called the idea that the coronavirus will be over in the next month "a scientific impossibility" and said he hopes it can get "squashed" within the next year.

When asked when Deathbomb Arc artists might be able to tour again, Miller said, "I would guess, once a vaccine is created? Or once everyone has gotten it and lived or died and we're like, 'Well, that's the way it went.' "